To Catch A Fox, Geoffrey Knight and Ethan Day 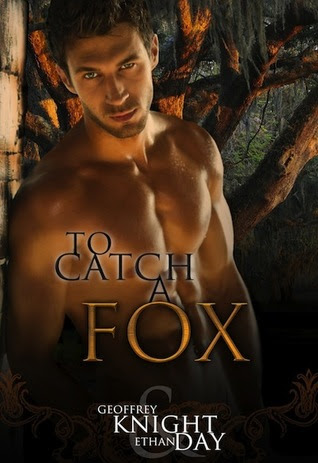 I can't really review this book as it would give away the mystery components so I'll just add a few things about the basic storyline and my likes/dislikes.

Jon Fox comes from a family with a distinct history in Louisiana, New Orleans to be more specific. They are a family of old money, skeletons, notoriety, and they have a big, well-to-do family company, Fox Industries. Fox's Uncle, Mason Wilkes, runs the family business on a day to day basis and Fox, not being interested, is a PI. Fox has a quirky family - his father died when he was young, 'suicide', his mother, Savannah, has periods of being lucid amongst being off with the pixies - running semi-naked on the estate, De la Fontaine, and calling Fox, Beau, his father. Virgil is a family friend who can best be described as surly but loyal, staying at the house looking after Savannah, and they also have a pet (white) alligator, of sorts, Snowflake, who makes regular appearances on the property. So they are pretty quirky.

Jon has had an unusual request come in from your typical sweet grandmother-type, Betty, to find a man who she can then kill. Betty just adds to the eccentric characters that permeate the whole book. There seems to be a Betty-connection to a young, extremely good looking man, Tucker Wilder, so Fox stakes him out, and likes what he sees. Tucker is working at his Aunt Millie's café, but his heart lies in Hollywood. He's been there before, has an agent, but he said the wrong thing to the wrong person, so he's back in NOLA. Throughout the book he constantly draws parallels between incidents that occur to movies and characters. Fox and Tucker are soon thrown together when Fox saves Tucker after he witnesses a rather nasty crime. Soon they are more than just rescuer and rescued.

There are a lot of things going on in this book. Too many things going on in this book. It felt like Days of Our Lives to me, and there were unnecessary POV, villains included, and flashbacks that were too verbose detracting from the relationship aspect of the book. Given that these two are going to be the subject of more books, I needed to feel like I wanted to continue the series with them because I was invested in their relationship. I wasn't.

I didn't particularly like Fox, and the book is named in his honour, so that's a problem for me. I found him at best two dimensional. But mostly I think I'm ambivalent towards him, really. I'm not sure why. Maybe it's because he seemed robotic, apathetic, and somewhat selfish. I also found the sex he had with Detective Ford gratuitous and that put me off him as well, made him seem sleazy.

I didn't mind Tucker, but he didn't set my world on fire either. Of the two MC's he did grow on me as the book progressed, just not enough.

It might sound like I really didn't like this book but that would be incorrect. I liked it well enough. It was middle-of-the-road reading for me. It was slow for a while, but the last 25-30% did get a move on with quite a bit going on. I thought Knight and Day wrote pretty well as a team. I just didn't get into the humour, although I can see where others may well do. The book ends with more to come, which I didn't mind, but I doubt I will be reading the next instalment.

In full disclosure mode, I am not into several other very popular sleuthing, PI type M/M series on the market, so maybe the problem is this is really not my type of book.

This book was supplied by the publisher, Wilde City Press, in return for an honest review.
Posted by kazzak at 21:24