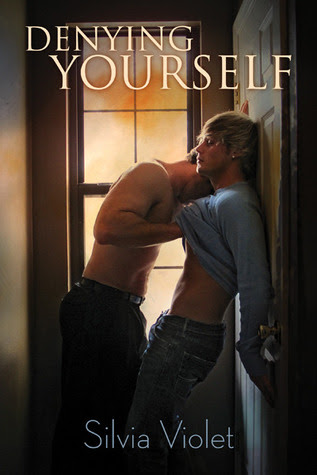 Shane and Matt became best friends at school and now they've finished school that friendship has continued. Shane is openly gay. Matt has always seemed straight, but he isn't, there are signs of more than friendship with/for Shane. Shane is adopted and his parents know there is a possibility that Shane is part wolf shifter but they don't tell him. When he shifts it's all too much for his parents, on top of Shane being gay. They want him gone and shoo him out the door like a dog - so they're not up for any parent-of-the-year awards. Matt's parent's are somewhat better although his father was worried about his son hanging out with the local gay - small town and all - but his mother smoothed the way.

Shane wants to leave their small town and he wants Matt to go with him. Matt is conflicted, he loves his parents. he doesn't mind working on their farm but he doesn't want to loose Shane. Besides Shane has dangled the "you can become what you have dreamed of if you leave" carrot in front of Matt. Matt has always liked cooking and would like to take that further. So he decides to leave with Shane. At this stage I didn't like Shane terribly, I thought his adoptive parent's awful but I thought Shane selfish dragging Matt away.

Shane wants Matt. There has been contact between them, including a kiss. Matt isn't gay, isn't gay, isn't gay - say it long enough and someone might believe it. Shane can't deal with his shifter self, his gay self, and his desire for Matt, who he knows is gay but so far in the closet he can visit Narnia. So Shane drinks excessively. Matt looks out for him but it all becomes too much. Then, one day, Matt cracks and fesses up that he has been thinking about that kiss they shared. A lot. They have sex, Shane starts changing - Matt freaks out - he's not gay, and shit, WTF just happened to Shane? Shane freaks out...and off he runs. He keeps running to Atlanta where he is more and more heavily into alcohol, and sex to get alcohol. He nearly starves and freezes to death after about a year or so living like this until a stranger, who we learn is Carl, comes along, literally picks him up, and carries him off to shifter rehab. Shane stays, gets cleaned up and makes himself a better person/shifter bit by bit with his mentor, Carl. He now works out at a lodge in the forest, with a pack of shifters, Carl is their alpha and Shane starts caving/working with wood again. But he doesn't stop craving alcohol. Nor does he stop craving Matt. So the book looks at the rather tempestuous relationship between Shane and Matt, as well as their individual problems over about a five year period.

I really wanted to like this book. I thoroughly enjoyed Fitting In, but Denying Yourself just didn't work so well for me. There was a lot of telling, not so much showing. I didn't gel with either of the two main characters. The book really did suffer from only one POV, Shane's. Matt needed a voice here as well, desperately. There is an extensive time period covered and the one POV didn't help, it made the book feel lopsided. Every now and then there was a recap of things that had happened in the book which bothered me - Shane was a gay, alcoholic, werewolf, the reader knows this from reading. Matt's closeted, we know. And speaking of Matt, because his POV is not here, the reader didn't get to see him come out of his closet. His behaviour also did (seem to take) such a 360 degree turn from an innocent, sweet young man to an angry, pessimistic, slightly older, young man. I could believe this, perhaps, if I had been in his head, but I wasn't so it just seemed to be a sudden change for me. For the reader time passed with Shane but not with Matt. In the last 20% they both grew a bit more on me because they were suddenly interacting with one another. You could see some development of their relationship at this stage. By then it was too late for me. The whole Carl-liking-Shane side story was not developed properly either, it seemed tacked on, which was a shame, it had potential to ramp things up a bit.

I really didn't like it when Shane turned up to the restaurant he knew Matt was managing to see how Matt was, ask for forgiveness for his drunken behaviour, as well as running off with no word. Here he encounters Karen, the assistant manager, who knows who he is when he tells her he is a friend of Matt's. She gets all feisty with him on behalf of Matt, accusing him of nearly "killing Matt." Why should she let him see Matt? Shane then proceeds to tell her, a complete stranger, with attitude, very personal information about himself. Then, next thing you know, she is now rooting for him. Things go pear-shape again between the two - Matt isn't gay, pushes Shane away - and I was sighing.

Overall this book did not work for me. But others may fall for Shane and Matt and love the shifter theme here. It is an easy book to read. There is no great world building or information overload in relation to Shane's werewolf side, or pack. The fact that Shane is an alcoholic wasn't brushed aside like it was nothing. It is also a friends-to-lovers theme, which is very popular, and there is a pretty good sex to story ratio with a HEA. So, whilst it was not for me, it may well appeal to others.


This book  was supplied to me by the publisher, Dreamspinner Press, in return for an honest review﻿