Sometimes it's like someone took a knife, baby, edgy and dull
And cut a six inch valley through the middle of my soul...
I'm on Fire, Bruce Springsteen

With the steady bass thrum of Springsteen's "I'm on Fire," I remembered Jorge naked - every curve and line of that body, every inch of skin as soft as a kitten's belly. Oh, Jorge.
The real Honor Castillo - the man who craved men so bad, so painfully bad - tried to scream from the closet where I'd bound and gagged him years ago.
Honor Castillo


Honor C begins with a quick reflection by Honor Castillo about his life to date. Then there is a brief look at the time leading up to his connection with, and goodbyes to, his first, true love, Jorge Villagomez. How they started as friends in middle school when Jorge would sit next to Honor and have lunch. Jorge the slender, frail kid, Honor the bigger boy with a bit more meat on his bones -

Thin, pale Jorge, who always seemed to be frail in health...
Although he never spoke of it, not even to me, the undisputed word - from a kid named Julie something-or-other who knew everything - was that Jorge had a heart condition.
Beautiful, ungodly beautiful Jorge. Somehow his fragility made him all the more divine. Unbearably delicate skin complimented with the shiniest, blackest hair I'd ever seen. But it was his eyes that riveted me. Clear, mystical startling silvery grey.

To Honor's time spent in his treehouse club with friends. To his time spent there with Jorge as young  lovers. As they grew, secreting themselves away there to explore each other, to be intimate -

It was here I discovered I didn't go for the chicas in the nudie magazine but instead the cocks and the tight asses of the chulos.

One hot Summer night a million years ago, on the floor of this little dilapidated tree house - crickets going wild in the dark and lightning bugs glittering in the shadows of the trees -  I made out with a boy for the first time. That boy was Jorge Villagomez.

But more importantly the book initially looks at the farewell that Honor is making in the treehouse to Jorge as he is going to marry Rebecca Sanchez. Because that's what you do when you aren't gay. You marry the girl, just like Honor. Jorge had tried to tell Honor they're one in the same, and resorted to being blunt -

You've fooled yourself into thinking you can fuck a man and that it means nothing, that it doesn't mean you're gay. I'm here to tell you my friend, you're so fucking wrong. So fucking wrong. You are so goddamn gay. And you're only using Becky to ensure a life of smooth sailing...the whole Roy Rogers and Dale Evans trail of happiness.

Ah, but Honor was having none of that. Honor saw things another way -

I wouldn't break through the tight closet door, ever, not even now while being faced with my last night of intimacy with him. Because there was no closet to come out of. I believed with all my heart I wasn't gay.
Besides, I wanted Becky. It was as it should be. Men and women. Fucking Jorge had been a wonderful experience. I'd convinced myself that being attracted to him didn't mean I was queer. It was just a secret adventure that I had to leave behind.

So, Honor Castillo is not gay. And thus begins eleven years of massive closeted denial. All brought about by a vitriolic, homophobic father who thrashes Honor within an inch of his life when he finds pictures of naked men in Honor's possession.

After the initial prologue/chapter we are now in current time and let into Honor and Becky's life. You can see that there are fissures, gnawing doubts overshadowing their life. Becky and Honor argue. Becky always suspects that Honor has someone on the side, he is a good husband and father, but not passionate about her, and a part of him seems absent from their life. It has to be another woman, what else can it be?

"Okay, tell me. Which one is she?" Becky's voice jarred me from my studying. She nudged me...
"Let me guess. The red dress with the bubis grandes."...
"On no, baby, we're not going there today." I constantly had to assure her - every time we went out together - that I wasn't watching other women. It was best to change the subject.

It's Labor Day, and Honor and Becky's six year son, Michael, is performing the Mexican Hat Dance in a group performance. At the end of the performance the dance instructor walks up on to the stage - 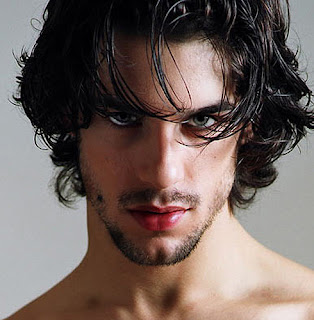 Goddamn it fuck it to hell. The face I hadn't seen for eleven years. The achingly beautiful face I thought I'd never see again.
There he stood all elegant and tall against a backdrop of green, red and white crepe streamers dancing softly in the breeze. Oh, Jorge. Stunning as ever. When had he returned to San Antonio?
Involuntarily, I touched my chest. Yes, my heart still beat.

Jorge is at the performance with Gabe Barbosa, an interesting secondary character who you learn bits and pieces about as the book progresses. He isn't in it a lot but I liked him and his dialogue every time he is on page. There were times in this book when I thought 'if I were Jorge I would be with shady but fiercely loyal and open Gabe'. But that isn't what this book is about and, of course, Honor and Jorge are instantly drawn to one another....again. Jorge is thinking that maybe Honor isn't married anymore, that the family unit he sees at Labour Day, when Michael danced, was like many other families that are separated but come together as dutiful parent's for their children.

Jorge is wanting to build a dance studio and Honor is a successful businessmen with his own architectural company. So Jorge wants to talk to Honor about, perhaps, commissioning him to design his studio, and he also needs to know where Honor is at, marital status wise -

"You are still married, Honor?"
"Si" now I sounded apologetic, and I privately begged Becky to forgive me.
"I am."
"Ah," Jorge nodded....
"I needed to make sure." Then cocky spice ignited his eyes. "In case I got the urge to seduce you."
"The Jorge of long ago wouldn't have let that stop him." What the fuck was I thinking, goading him, as if I wanted to encourage seduction.
"Yes, he would." Indignant. "He did let it stop him. I never did call you, did I?

But Jorge still asks, and Honor still accepts to design the studio which throws the two men together - discussing plans, going to look at the building, talking....longing. Even though Honor sees Jorge as this gorgeous, beguiling, sexy creature,goes to see him dance, sends him white roses, he cannot bring himself to admit his sexual orientation. Meanwhile, life at home for Honor and Becky goes on with Becky sure Honor has all but left their marriage. But she loves him, her handsome, wonderful, masculine Honor. The father of their son. And Honor loves her too, only not the way she wants it to be -

"You know what they say about going to bed angry," I traced my finger along the mouthpiece.
A heavy sigh. "I'm not angry, Corazon."
No, he wasn't angry, and that scared me. He wasn't angry, he wasn't sad, he was....nothing.
I was losing my husband. Little bits of his heart sifted through my desperate grasp every day. Oh, he denied it. He promised it was my imagination But I knew better.

There is a lot going on in the book. A lot of developments and angst and every time you think you have your head above water a wave hits you and pushes you under again. By the 56% mark I was ready to throw my Kindle out the damn doors. The book takes a very personal look at the three MC's and the catalyst for loss of one relationship, the foundations of another built on lies, the breaking down of a relationship, and the possibilities for what could have been all along. The way it shifts from Becky seeing nothing passionate behind her husband's eyes to Jorge feeling the exact same thing. To Honor feeling trapped by his predicament -

And now I teetered on a high fence. On one side gaped the awful, dark abyss of the horrible sin I wanted to commit. The other side was the sunshine of my life as it existed, the life where the man I pretended to be lived and smiled and died inside.

In a few hours, I'd be facing an architect to finally bring my dreams to reality. And, oh fuck, how I tried to make this no big deal in my mind - I'd just happen to be bringing this dream to life with the man I'd never stopped loving.

Honor C is written from three character's individual POV - Honor, Becky and Jorge - giving each a very clear voice as their lives are forever changed. It solidified the delicately interwoven lives of the characters. It helps tear at the heart all the more because the author cleverly chose to write it that way. Any other way would have made Honor seem somewhat insipid, Jorge seem like a wounded interloper, and Becky seem irrational and unkind. All of them actually come off as decent people. So all three perspectives are important to have made this right and also make it an emotionally super-charged read - to give the reader much needed psychological and personal insight.

I will also say that this is one of the best romance fiction books I have read in terms of complex relationship breakdowns and the impact on all the individuals involved clearly portrayed - the anger, the hurt, the protectiveness of a six year old boy for his mother. The things our children hear if we aren't careful. How do you compete when your husband loves a man? How do you feel when you were actually there first?  The pain behind someone having to live a closeted life - not just for the closeted person, but those around them. How things can heal if you let them. It all lent great credibility to a good book. 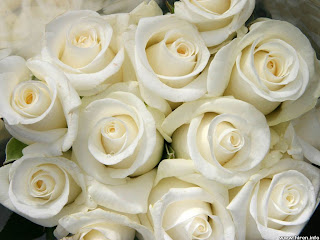 If you like a pretty big dose of angst in your M/M - right up to the end - a more feminine sashaying character - with strength and great self worth - a closeted man coming to grips with who he is, the fact that two men have spent years apart but still cannot get over one other - one of my personal favourites - realistic feelings, decent characters, a HFN ending, and some good writing that sucks you in, then I highly recommend Honor C to you.

This book was provided by the publisher, Dreamspinner Press, in return for an honest review.﻿
Posted by kazzak at 05:47