The Art of the Deal, B.A Stretke 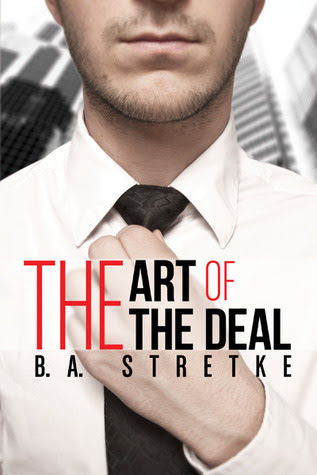 Sean Robbins is studying to go into the field of law. He is top of his student group and is all but guaranteed the intern position with Coleman West, the thirty two year old lawyer and self made man with his own Chicago go-to law firm.

It doesn't quite work out, Brittany, his bitchy nemesis, gets the position. However, Sean is thrown a bone via his professor's friend, Ed Murray, a low level lawyer on the third floor at Coleman West and Associates offices. Ed is paying Sean a stipend out of his own pocket to help the twenty three year old student out.

Why didn't Sean secure the position as Coleman West's intern? What were the reasons? His professor gives him a basic, vague reason, but says he will learn all he needs to on the job from Ed Murray. Sean feels there is more to it and, when his professor leaves the room, he spies/takes a letter on Coleman West's letterhead outlining some unflattering reasons as to why Sean won't be accepted anywhere near his firm.

Coleman West just rubbed me up the wrong way from the very beginning. His snobbish attitude towards Sean annoyed me. I can't stand snobby arrogance. He boasts to his colleague, and friend of ten years, that he will ruin Sean if he tries to come near his firm.

Why is that? Because Sean had a leave of absence for one year of college due to family reasons. He didn't bother looking into what those family reasons were, just assumed Sean was a slacker. But that's not enough, God forbid, he worked in a bar and someone as common as that can't be an intern at his law firm. WTF? The kid worked during college. And at a bar. It's what a lot of kids do. Power to Sean for being a hard worker is what I say. SO.....Coleman West started off VERY badly with me.

The basic premise is that Coleman West sees this very attractive man at his law firm around the elevators, near the cars, and he figures he's an intern. But who? Sean runs a few times when he sees Coleman, he's terrified he will lose his internship, and Ed Murray his job, if Coleman finds out he is THAT Sean Robbins; the one he doesn't want near his firm. But Coleman is not to be denied, he wants to meet this young guy that seems so scared of him. Coleman is intrigued as he gets to know Sean. Coleman has never been attached to anyone before. Sean can't stand Coleman at first but he grows on him bit by bit. The basic story develops from there.

The premise was a good one. Something a little different at the core.

Sean was nice. A tad naïve. Coleman kind of redeemed himself, but I struggled with him for other reasons I'll outline later.

It was a sweet read. If you like M/M Harlequin style of romances then this could very well be for you.

Ed Murray was a decent character.

It was easy reading and if you want something light it fits the bill.

The dialogue was very formal. 'I shall not go, it was all good, I should not do this (I'm paraphrasing)...... B A Stretke needs to lean on contractions more in his dialogue. A twenty three year old male would not speak in such formal ways unless, perhaps, English was a second language.

Coleman West was a control freak - he ordered food for Sean, he bossed him out of his accommodation, albeit it for good reasons, organised other accommodation for him, complete with his own interior decorator. He threw Sean's furniture away and replaced it with furniture he bought, he carried him, he would organise a time to pick him up and then hang up, no discussion. He was a personal space invader.

Coleman got over his 'ruthless killer instinct ways' really quickly when he learnt who Sean was. Good thing Sean was attractive.

The alternating POV were too much. They were within paragraphs. Too many voices all on top of one another. I like different viewpoints but I like it clearly delineated.

EVERYONE told Sean about Coleman West's callous man-whoring, dump-them-real-quick ways. EVERYONE. Too many times.

So much back and forward inner monologue that went in a circle - "I'm not good enough for Coleman, I'm not the cream of the crop, he'll leave me soon....."

There wasn't proper development of characters and events - it's not enough to tell the reader something. Show them.

Art of the Deal is intrinsically a nice book at heart  If you like sweet M/M romance books then this may well suit. It could also appeal to someone wanting to ease into M/M with a more romantic rather than steamy story. I was glad to see how things ended up for the two MC's. I think the author has promise and it is early in his career. 3 stars.

This book was supplied to me by the publisher, Dreamspinner Press, in return for an honest review.
Posted by kazzak at 06:39