A sweet story about learning to trust again. 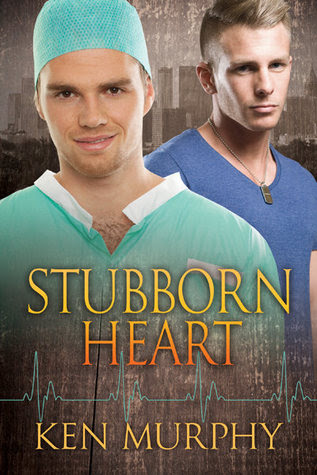 Mark Smith is a thirty-three-year-old nurse at an Atlanta hospital.  He works his many hours and goes home to an empty condo at the end of each shift.  He is content in his life and has no desire to take a chance of sharing it with another man.  He's tried that a couple of times only to have his heart broken because his partners refused to be faithful.  After a particular hurtful break-up with his last boyfriend David he makes a decision to not allow himself to be put in that position again.  If he doesn't get involved he can't get hurt.  Simple as that.  So he avoids all temptation when it comes to relationships and does his job and goes home.

Trevor Hayes is a new cardio surgeon at Mark's hospital.  His time at the hospital is limited to a few months and then he will move on to a permanent position in another part of the country.

On Trevor's first day at the Atlanta hospital he meets Mark and sparks fly for both.  He begins to pursue Mark with Mark resisting every step of the way.  No way will he allow himself to get involved again.  Trevor is persistent and eventually a friendship develops between the two men and Mark gets worn down and allows himself to go on a real date.  What follows is Mark trying desperately to not open his heart to the other man who is bound and determined to make him part of his life... permanently.  Mark knows that Trevor's time in Georgia is limited so he holds back a part of his heart knowing that it will be broken when the other man goes on to wherever he will go when his time in Atlanta is over.  He is also terrified of falling in love and taking a chance of once again getting cheated on.

This is a nice story.  The reader is allowed to see Mark's last break-up in all its glory in a prologue so you are able to see exactly where he is coming from by holding back his heart.  The title is fitting as he is very stubborn and refuses to think that maybe Trevor is different from David and the others who have hurt him in his past.

I liked Trevor a lot though there are a couple of times when I couldn't quite see where he was coming from.  He fell in love with Mark quickly and this showed but when it came to make a decision in regards to his future, he was not as forthcoming as I felt that he should be nor did I understand his choices.  Without giving a spoiler, I can't say more in regards to that but suffice it to say that I personally did not get it.  I felt that once he declared himself to Mark that all decisions should have been decided mutually.

Then there are the secondary characters.  Some were entertaining, some not.  There's Carla, a fellow nurse at the hospital and a close friend to Mark.  I found her to be entertaining at times and annoying at others.  Then there's Derrick, Trevor's former lover and current best friend and roommate.  I liked Derrick fine... eventually... but it took a little bit of reading to understand the dynamics of his and Trevor's relationship.  One thing happens in regards to Derrick that I felt Trevor did not handle well but that's just me.  He's a good guy and added a bit more to the story.

Overall, this is a very nice book from what I understand is a first-time author.  There were a couple of things that were a bit much (excessive use of exclamation points, over-descriptive) but nothing that took away from the story as a whole.  There is a bit of drama and danger added to mix things up a little but nothing too angsty or severe. Everything comes together nicely at the end and Mark and Trevor finally get their much needed happily-ever-after.  I will read more from this author.