A touching story about two men from totally different worlds who find each other. 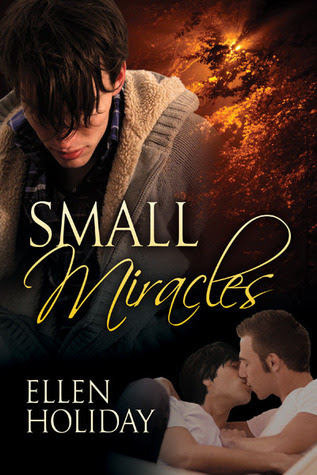 The first few pages of this book broke my heart.  No, the first few lines.  The story starts with Cal Harrison standing inside a bar on a stormy night trying to get out of the cold rain.  He knows he can't stay but his hands are like ice, he's soaking wet and he's miserable.  He just needs a few minutes and then he will be on his way.  Cal is a runaway and he's homeless.  He has nowhere to go to get out of the weather and no one he could call even if he did have the money for a phone call.  He is literally all alone.  The cover charge to get all the way inside the bar is $5.00... $5.00 that Cal does not have... but all he needs is to stand inside the door long enough to warm up a little before he's run off.  About the time he is convinced he will be pushed out the door, he is approached by a waitress and asked to come inside.. the cover charge has been paid by someone inside.   He doesn't question it.  He just wants to come in out of the rain.


Matt Kirkland knows from the moment he sees him that Cal Harrison is the man he's been looking for all his life.  He doesn't see the tattered clothes,  the dirt or his unkempt appearance.  He sees the most beautiful man he has ever seen and something tells him that this man is the one.

When Cal finally makes his way to the bar and is told that a drink has been paid for he asks for food instead.  He's not proud.  All his pride disappeared over a year ago.  At that moment, Matt walks away from an obvious celebration and sits next to him.  He never takes his eyes off Cal.  Cal is too hungry.. and too cold... to care.  Over the course of a hamburger Matt speaks with the other man and tries to get him to go home with him for the night.  It's not charity for Matt.  He just knows that if he lets this man get away that he is throwing away his soul mate.  He can't explain it nor does he try to.  He only knows that for the first time in his life a missing piece has been found and he feels whole in the presence of Cal.  Eventually Cal gives in.  Where else does he have to go other than back out in the freezing rain?  And it's only for one night.

At Matt's apartment Cal showers and begins to feel hope for the first time in a very long time.  He pushes it down quickly as hope has never meant anything to him other than heartache.  By the look of Matt's apartment and car Cal knows that he is only a booty call for the night.  Matt is obviously wealthy.  He can also get any man he wants with his good looks so why Cal?  After a major internal debate he makes the decision to see where the night leads.  One night and then he'll never see Matt again.  Cal is not naive enough to think Matt wants more.  But he will enjoy the one night and the kindness of the stranger and in the morning disappear back into the recesses of homeless society.

Matt definitely wants more.  After a night spent in bed with Cal he knows he has finally found that missing piece.  Matt has it all.  He has just become a millionaire.  He has every material thing he could ever dream of.  What he doesn't have is that special person to spend his life with.  Cal is that person.  Matt knows this right down to his soul.  Unfortunately, Cal doesn't see it that way and he takes off the next morning knowing he'll probably never lay eyes on Matt again.  Only later, and by accident, does Cal find out who Matt Kirkland really is.  He's well known and he has more money than he could ever spend in a lifetime.  The money, while important,  means little to Cal.  All he knows is that he has probably walked away from the best thing that has ever happened to him.

This is a well-written Cinderfella story.  Cal is homeless and has nothing.  Matt is the handsome millionaire who wants to spend his life with Cal though they have only just met.   Instead of the lost slipper from the original story, Matt uses other means to find Cal after he takes off the next morning.  I found this and what happened after to be a total "aww..." moment.

I only wish the story would have been a few pages longer or that an epilogue had been thrown in.  It ends with the two men together but with still so much to be said.  This did not really take away from the story for me but I still ended it wanting more.

Overall, a beautiful story about two men from different worlds who find each other.  Sure, it's insta-love but it's more about knowing in your heart when you have finally found the one.  I absolutely loved it.  This is my first by this author.  I can't wait to discover what else she has to offer.

The cover is beautiful and perfect for the story.


This book was provided by Dreamspinner Press in exchange for a fair and honest review.
Posted by Cindi at 06:57