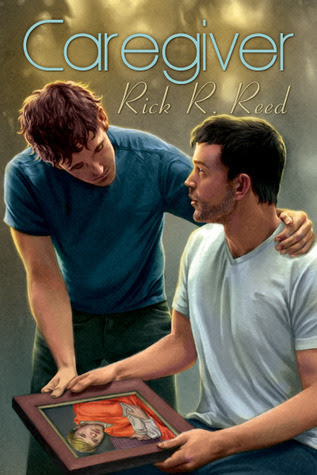 By far one of the most touching and beautifully written stories I have ever read.  I was already a fan of this author.  This book just cemented it.

I start this review knowing that nothing I say will ever do this book justice.  The only way to understand the feelings and emotions brought out in this story is to read the book yourself.  I normally hold off until the end of my reviews to push recommendations.  I couldn't wait this time. Read this book.  My apologies to the author in advance as I know I do not have the words to properly bring out the emotions of this story.

It is 1991 in Tampa, Florida. AIDS has made itself well known in the gay community.  At this time medicine has not yet caught up with where we are now in regards to AIDS/HIV.  There was very little in the way of treatment and AIDS was an automatic death sentence for those infected.   This book tells the story of two gay couples who moved to the Tampa area from Chicago though the four had never met before.  By a strange (some would call it fate) coincidence the four men become connected.... all because of the horrible virus.

Dan Calzolaio and his partner Mark fled Chicago to make a new start in Tampa.  Dan had left his job, his home and his family... for Mark.  Mark had been dealing with personal demons and moving thousands of miles away from the familiar was to be the fresh start for both men.. together.  Promises are made and the couple embarks on what they hope will be new beginning for them as a couple.

Adam Schmidt has AIDS during a time when there is very little to be done for the virus.  He recently moved to Tampa with his lover, Sullivan, and they manage from day-to-day knowing that it is only a matter of time before Adam is gone and Sullivan is left all alone.  Adam contacts the Tampa AIDS Alliance and requests an AIDS Buddy,  a volunteer from the center that will be Adam's friend through the last few months of his short life.  He has Sullivan who he loves dearly but he wants someone else he can talk to, lean on.

Shortly after moving to Tampa, Dan volunteers to be an AIDS Buddy at the Tampa AIDS Alliance.  His first buddy is Adam.  The first meeting between the two men is when the story begins.  It was also quite entertaining and I even laughed a few times.  You know that Adam is ill but you can't help but smile at his actions, his dress (literally) and his upbeat personality.  Adam and Dan become instant friends.  When Dan goes to leave he is given the opportunity to meet Sullivan, Adam's lover and partner.  Dan is heavily involved in a relationship (with Mark) and Sullivan is involved with Adam but there is an instant connection between the two men that cannot be denied.  No, they do not act on it as they are both in love with other men but the connection is definitely there.

Adam is a treat.  I absolutely fell in love with him at his first introduction.  He and Dan form an immediate friendship that carries over from the first meeting.  Sullivan is there in the background as is Mark but a quick bond forms between Adam and Dan... a bond of friendship. Adam becomes to Dan the dearest person in his life other than his lover.  Of course Mark, having fled Chicago because of addictions, is not an easy person to live with.  The fresh start quickly turns into more of the same and Dan has suspicions that soon become reality.  Only Adam knows Dan's fears and he is right there to lend support and much needed advice in regards to it though he's never met Mark face-to-face.  Dan is forced to make a decision in regards to his relationship with Mark but when it happens Adam is nowhere to be found.  Only later does Dan find out that his friend will not be there in the same capacity as he was before.  Adam has taken a downhill spiral and I am not just referring to his health.  Something happens that pulls Adam away from Dan... and Sullivan.  This is when my heart started to break.  Unlike some, I am not giving away that part of the story in this review.  Suffice it to say that while Adam is still there, he's not.  I know I'm being vague but I don't want to hurt the story for those who have yet to read it.

This is a love story but not just in the traditional sense.  Adam is a constant part of the lives of all involved.  This is also a story of friendship and second chances.  I don't know when I read a book that affected me as this one did.  You know by reading the blurb of this story that Adam does not survive.  You know also that this is a story about Sullivan and Dan moving on when their partners are forced out for two entirely different reasons.  Sullivan and Dan do not immediately jump into anything and that needs to be stressed strongly.  Each must not only mourn the loss of Adam but they must allow themselves to come to terms with moving on... Sullivan from the death of the man he loved above all else and Dan from the forced loss of a man he has shared his life with for years.

Others have mentioned in reviews that this reads like a memoir and I have say that is accurate. While I do not know how much of the story was fictionalized I do know that Adam's story is real and based on someone that the author knew well.  Before I started reading this book, I tried to read as much as I could about the back story because of what I have seen in other reviews.  Caregiver would have affected me deeply either way but knowing it is about a real person made the story and the emotions so much more real.  I am not ashamed to say that I found myself crying many times and I want to even now, a few hours after finishing it.  Rick Reed took a very serious subject and wrote an amazing story that will stick with me long after The End.

Dan and Sullivan begin a reluctant friendship shortly after Adam dies.  They move slowly knowing that neither is ready for anything more.  Mark hasn't disappeared completely and he makes an appearance at a time when the reader is convinced that Dan and Sullivan are going to finally allow themselves to just be... with each other.  The way this is written is sad in a sense but it opens the door for Dan to have closure so that he can move on.

Caregiver recently won the 2013 Epic's Ebook Award for Best Contemporary Romance.  I can not think of a book that deserved this award more.  It is beautifully written and the author allows the reader to see the bad and the ugly as well as love and friendship.

I could go on with more details in regards to the story as a whole.  I could go on with how many times this book made me cry or made me smile.  I could tell you how beautiful Dan and Sullivan are together and how much I, a mere reader, mourn the loss of the author's real friend.  But those are all just words.  In order to truly appreciate any of what I've written you have to read the book. My words alone could never convey what Rick R. Reed is saying.

This is an outstanding book and it immediately went on my all-time favorites list.

This book was provided by Dreamspinner Press in exchange for a fair and honest review.
Posted by Cindi at 10:31