LBGT YA that may be short on wordcount but not on depth. 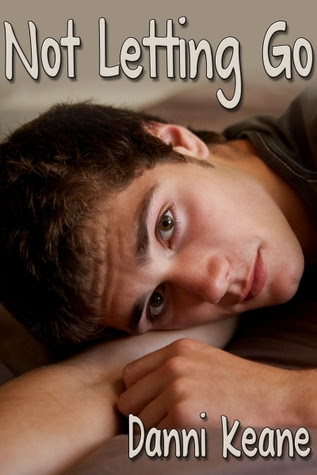 He doesn't ring the doorbell, just gives a soft knock against the door. I wonder if it's some unspoken Morse code for 'someone died.'

Joshua is seventeen. he's bright and he's planning to go to the University of Leicester. He's also just made it to Lieutenant on Black ops, pretty cool. He has a nice boyfriend, Bradley, and when they go to Leicester they are going to share a room and finally be together in every sense of the word. He has a nice mum and his mum and Bradley's mum are comfortable with the fact that their son's are a couple; as long as they leave the door open when Bradley sleeps over. That's okay with the boys as they don't want to push it too far too soon. And, oh yeah, Josh's dad has just this minute died after a battle with a terminal illness. 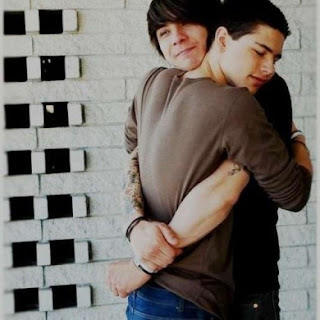 Josh's first reaction is to be with Bradley. He doesn't feel like crying, he doesn't seem to be thinking much about his dad just having passed. He seems to thinking more about his life, his relationship, and the future he has mapped out. Although that isn't quite true, he is affected, When you're young you understand love, anger, and strong emotions but you don't necessarily understand numb -
"Julie's coming around....Mike's staying at home with the twins. They're too young. They won't understand." I nod, and wish I was two years old instead of seventeen.
Nothing has changed. I'm still the same Josh Roberts. An insignificant speck on planet earth. The first thing I want to know is, "Can Bradley come 'round?"
It's natural to want to be with someone you have love and affection for in times of death. And teenage love is nothing if not all encompassing. It keeps someone solid in a difficult time, but Josh seems to feel like it's just about Bradley, and Josh and Bradley, nothing more. Which is not the truth.
There are some lovely observations about life after death seen here through the eyes of seventeen year old Josh -
"Sue, we're really sorry. If there's anything we can do ..." It's what people say.
"Thanks. We'll be okay." She blurts out so quickly I have no idea if she really believes it...it's what people say.
I check Facebook. I still have two hundred and twenty three friends, still chatting to each other, still doing homework, and playing games and watching telly. I don't update my status. But if I did it would say: Josh Roberts. Reached Lieutenant II. My dad dies. I fell in love.
There is a lovely relationship here between the characters. Nobody is homophobic, nobody is getting thrown out of home and Josh's mum understands Josh's need to be with his boyfriend after her husband, his father, has died. Bradley proves to be a good, caring boyfriend.

The expectations we have about what grief entails and when that should occur, and how, is beautifully done here. The fact is, we all have our own ways of coping. We all have own own time line of when it will hit us. Josh feels like he is a bad son because he can't cry. He doesn't even cry as he walks down the aisle of the funeral home, while his paternal grandmother is wracked with sobs. Bradley thinks his Joshy is brave. Josh thinks himself a bastard. Realisations come and the truth dawns....in Josh's own time. It is hard to let go. Meanwhile it shows that life does indeed go on no matter what. Bradley is stressed over Josh's ease at school and the definite possibility that he may not be able to get a mark good enough to get into university. Then their plans are null and void. It causes tension. This is life. This is what happens, nothing stops, everything stays the same...but doesn't
This ebook is approximately 27 pages but it's what gets shown in those 27 pages that makes it impressive. I like a shorter read from time to time. I like to be able to just read something quick and move on. I have expectations that the lack of pages won't interfere with my enjoyment﻿. It shouldn't, but it can. Not here. There are some very good exponents of the short story. Danni Keane might just be one of them if Not Letting Go is anything to go by. Very real and touching. Cleverly written for the mid to older teen on.
﻿