There was nowhere to go. No escaping. This hate was everywhere, even in my bedroom. I choked out a sob and wondered why everyone thought I was so horrible just for being born this way. There was no way to change myself.

I picked out the above quote because it is so true of the hopeless thoughts that engulf young ones being bullied. It certainly makes someone feel there is nowhere to be safe, particularly given the (ab)use of social networking. Jackie Nacht has done a nice job here with this ebook. It's around eighty five pages and it is very easy to read and so relevant.

See is about a fourteen year old boy, Drew, who has had the courage to come out, both at home and at school. Good for him for knowing who he is and being brave. Well, the problem is his parents don't appear enthused, they haven't said anything bad, they're adjusting -

This summer I had decided I wanted to be honest with myself. First, I told my parents that I was gay and then I told my friends. My parents seemed pretty surprised and it was now awkward at home.

That's not unusual. Better if parents can be open and supportive rather than appear conflicted but everyone has their own process to go through, so long as it is helpful. His friends have proved to be downright nasty and he is relentlessly bullied at school. And now he has pictures on line with nastiness attached for the world to see. He has had enough and, after one last act of violence, he decides to take his own life. He grabs a kitchen knife and heads off into the woods out back to commit suicide. 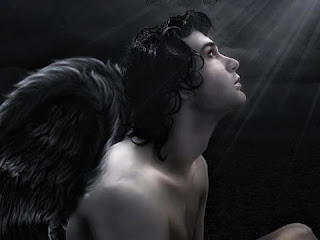 When he's there knife to his wrist, asking for strength to go through with it, another young male the same age appears to him. He's been allowed, via guardian angels, to come to Drew in a dream to help him see what the consequences of taking his own life would mean. What life will be like in the not too distant future.The young man is Mason and says he will be his husband when they are older. Drew finds it all hard to believe so in a somewhat Dickensian way Drew is shown his future by Mason.


This is a very nice book, the meaning clear - it does get better - and Ms. Nacht makes several invaluable points in this ebook 1) There are people to reach out to, even when it seems so hopeless. If you talk to someone they can help - your family, a counsellor, an adult you trust, a friend  2) Parents need to make sure they enquire more about their children. Don't just accept monosyllabic answers to your questions about your child's school, their friends, about your child's life and 3) Love your child and support them. Let them know you care, even if you aren't sure. Good communication and positive actions make a difference. 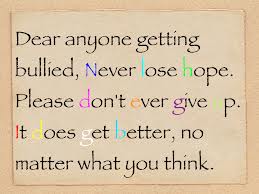 See is right. Life does get better. We lose too many precious children to suicide every year who lose sight of that. They can only see the hurt in the here and now. It seems so overwhelming. We need to be aware and vigilant. We need to raise compassionate children ourselves who don't bully others. Males are much more likely to take their own lives, and teenage boys even more so.

This book should be picked up by libraries and parents. It is an excellent resource to help open dialogue between teenagers and their families, and possibly some friends. It is fiction and a lovely way to get through to someone feeling low and fragile. I'd like to make a well intended suggestion, some typos need editing first. Even Ms Nacht's surname is spelt incorrectly in the author bio at the end (Knacht) which is a shame.

Jackie Nacht is to be applauded for such a compassionate book. It is entertaining, as a book should be, but above all else it has meaning and is sensitively written. There is nothing inappropriate here for a teenager to read, or for a parent to read with their teenager. Highly recommended reading for everybody.
Posted by kazzak at 04:36