These books are placed in a review together as I see them as two parts of a whole.﻿ 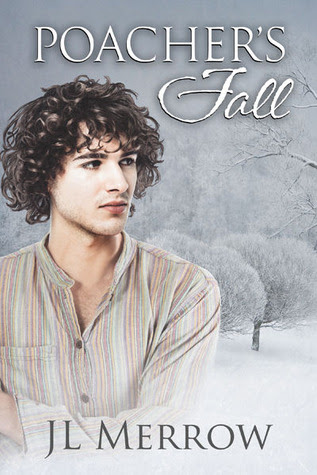 The rest of the review here is for Keeper's Pledge.

I've placed these two books together because, quite frankly, they should have been one longer book at a more reasonable price. They could have both come under the title Poacher's Fall because that title set up the protagonists, Danny and Philip, beautifully.


It's 1926, four years since Danny fell out of that oak tree and into Philip's life. Philip feels much more settled, although socialising still doesn't fit his overall persona. Danny, ironically, is now the gamekeeper and lives in the gamekeeper's cottage on Philip's estate; where they meet, talk and make love. This will now be thrown into a spin because relatives of Philip's are arriving for Christmas through to the New year and with their unusual relationship they must keep it on the QT. 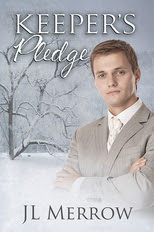 Frederick, Philip's cousin and the next in line to inherit Philip's estate when he passes, is coming to stay with his younger brother, Matthew, Frederick's wife, Millicent, and her sister, Lucy. Philip knows it is family duty to have them stay and be social but he is dreading their arrival on December 17th, fearing it will stop his cherished time with Danny. Stop their private Christmas together.  There is also another problem. Young Toby, Danny's now fourteen year old brother, has grown up, and is also working at Luccombe's estate, with an attitude that has caused some strain. Toby is quite the twat in this book and annoyed me no end. Irrespective of any sympathies I may have had for raging teenage hormones and the responsibilities they had while still children, Toby was beyond the pale -

Hate filled Toby's eyes as he looked up. "Even got you talking like him now, an't he? Your friend Mr. Luccombe, what's been so kind to us all these last few years. You know what they say about you in the village. don't you? They say you let him use you like a woman..."
"Toby!" Mam stood up so fast her chair toppled over.

Then there's the innocence of his sister Mary -

"What did he mean, Danny? You're not a woman! She frowned, her ten-year-old face still round and childlike. "Does he make you wash his clothes and cook his tea for him?"

I thoroughly enjoyed Philip's relations, particularly Frederick's sister-in-law, Lucy. She is a modern woman who drives her Morris Cowley like a woman possessed! And is not backward in coming forward. As always Toby's mam is wonderful, and the servants, Mrs. S included, are so protective of their 'sir' and his 'special' relationship with Danny.

Many things occur here. Danny doesn't want talk of his and Philip's relationship in the village. He wants to protect someone whom he both loves and respects. Philip worries that he is not all he could be for Danny as he is older, thirty five to twenty two, and quite staid.  He worries about being caught and the ramifications for someone of his title. Toby causes some real headaches and Matthew, Philip's younger cousin, is an interesting character who creates his own set of issues for Danny. Which are exacerbated by Danny feeling Philip may be a better off with a beau that is educated and more befitting Philip's class.

I don't want to go into much detail as it isn't a long story but I will say the writing was superior to the first half, Poacher's Fall. That divide between class, the difference between a northern and upper class British accent. Their different outlook. The way the servants and Danny's family look resignedly and simply at things. The issues both camps worried about - one being kicked out of their home, the other about what university was superior, whether drama was a wasted pursuit, as opposed to who would take responsibility for a situation that could be dire for a a lass and her bastard child  - all highlighted subtly and so well.

There was definitely some angst here, and I loved every minute of it. I was rushing to get through to see what would happen. Danny and Philip nearly broke my heart at one stage. As a couple they are lovely together. The words they say, how they care, how they wish to make it work, even if it can't be as a man and wife, they know it is love and a real relationship -

Danny broke the kiss. "You never need to fear I'll stop loving you. Do you hear me? I'm yours now, whether you want me or not. Even when you told me it was over, I was yours, and I'll not stop being yours until the day I die."

Philip's eyes closed for a long moment..."No," he said his voice nowt but a whisper. "I'm the one. I belong to you. Body and soul, and heart too."
"You made me love again. I think I'd forgotten until these last few weeks how dead I was until you came into my life....."
"I need you," he whispered.

This is really a five star read. Damn shame the two ebooks weren't combined. For me it dissected the wonderful writing and made me think about things I didn't want to. Anyway, make no mistake J L Merrow is a wonderful writer and in this part of the book, remember that's how I see  Keeper's Pledge a part of a whole, Merrow surpasses herself in all aspects of being a storyteller, more than a writer of a pleasant period piece. This is lovingly arranged and the character's well developed with much love thrown into them and their story. The cost is an issue but perhaps wait for it to come down in price, for them to be made one ebook, or buy Keeper's Pledge alone.