By The River, Katey Hawthorne


By The River was an interesting read and I'm grateful to Steph for picking it out of my rapidly growing TBR pile for the February PIFM Challenge.﻿ 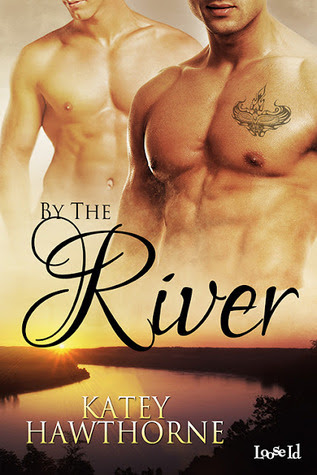 The official blurb makes this book seem as if it could be paranormal or mystical. I wouldn't deem this paranormal or mystical. It's a contemporary story but it has a fairytale feel or quality to it. I definitely saw it as a book about family. About being different. About the effects an absent parent can have on their partner, their child. About attraction that grows to love. About not knowing who you are or what direction you want to take in life yet because you're still young. About anxieties, and a connection to something that is not so simple to break.

Adam returns to his small home town, Ashton, West Virginia, after some time away in DC. He liked being away from the claustrophobic environment of a small town - everyone knowing who he is is/was, especially with his artistic, bisexual bent. His younger brother, TJ, swims for the local college's swim team and on the same team is Leith Marshall, a 'freak' in the water who swims with no goggles and is just a natural. Adam actually meets Leith when he is out for a run after hearing a noise in the local river, the Ohio. The current is fair and Adam goes to investigate. Leith is just floating there as if defying physics, which mesmerises Adam; along with his swimmers physique. They talk, get to know a bit about each other and have a drink. This routine continues until they take it to the next level - Leith is gay, Adam bi, and they're strongly attracted to one another.

There is a lot of talk about Leith being weird. Yes, I think he marches to the beat of a slightly different drum - he's a loner with a dad who has some issues, he has a pallet downstairs at his family home, close to his mother's things, close to the river - they live on the river - reads novels with highlanders on the cover, he's gay in a small town. He's also a gentle soul, doesn't like leaving home, in spite of the fact that he could have a scholarship at any college. He chooses to stay close to his home and the river, and has an innate need to be in water at some stage of the day, he has such an affinity with it. Leith's father is a man who has suffered from a broken heart since his wife left. He believes that she has a Siren's song and has gone back to live in the ocean. Apparently he has moments of unusual dialogue, although the reader only really gets to hear one thing he says directly, to Adam. He's basically a good dad who's protective of a son who, I feel, needed extra care, although his predictions of the ocean, fearing Leith going there were too much..

The concept or premise of the book was just a little different.

The relationship between Adam and Leith may have started as strong attraction and lust but developed into love really well; and totally believable love at that. Considering it's not a long ebook it was really well done.

The sexual chemistry was very good. I'd have to say that the sex between Adam and Leith was incredibly hot.

I liked the look at family dynamics - Leith and his father's unusual one. Adam and TJ's relationship, where they both learned a little bit more about one another. It's often hard when an older sibling decides to break out on their own and leave everyone behind. The younger sibling can be hurt and have resentment, the older sibling doesn't think about much but freedom and the bright lights of a bigger city.

There was no particular drama here. The idea that Leith was some sort of mythical being ran throughout with no real indication to me that he was anything other than a sweet, insular, natural in the water, who found that better than other interests or people.

I liked the main thread being about two guys getting to know one another, falling in love, accepting each other unconditionally, accepting comfort in each others arms that they have never felt before.  Adam accepting Leith's love of all things water.

I liked both of the MC's. I wasn't madly in love with either...but I did like them.

There were no homophobic parents or screaming shrew females. TJ, Adam's brother, has some difficulty with his brother's sexual orientation, but they sort it out. TJ is just a pretty typical young guy, knowing it's hard being same-sex-attracted in a small town.

I found it hard to gel with Ms Hawthorne's writing style. Just the way she constructs her sentences. It could throw me. At times I found the writing clipped, there were no phrases or quotes that really stuck out. Normally I clip the living daylights out of things. I went through without clipping one thing. I just get some writer's and their style, others I struggle with a bit more. I found myself looking at more than a few sentences a couple of times, on occasion, before getting the meaning or the structure. It's just my personal processing of the writing I guess.

Sometimes it felt incomplete. Like things just happened and we were to accept that because it was pointed out. For instance, the word sad was used so often, the word weird was also used a lot. I felt like I was being told that's how it was. I didn't feel sad for anyone, or that anyone was sad, or particularly weird - perhaps Leith's dad, but he isn't in it much. Different, perhaps, but weird? No.

The ending was pretty ordinary. It just ended. I guess I could say it is a HFN...I think. Perhaps there is another book somewhere I know nothing of. Perhaps it was fitting for the style of writing and book but I wanted a bit more or something different.

Nice story. Nice characters. A change from some of the other books out there in the genre. By The River is not too long, just right for the story itself. It certainly has some sexy moments. I also liked the interesting look at people and how they vary. What we see in another, and why. Just wish the ending had more to it.