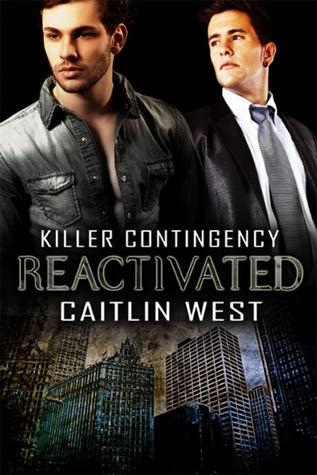 A nice (though short) story about a worn out assassin who meets someone who gives him the will to want to live again.  A nice start to a series.


Arden Boyle has been a freelance assassin most of his life.  He left a miserable life in Ireland, joined the military and then became a successful assassin whose only targets are the worst of the worst.  He is hardened and he is numb.  After a successful job, he plans a trip to Seattle for an extended holiday.  While in the airport in France before boarding the plane, he meets Brad Myles, an American businessman and aspiring actor.  The two men converse for a little while but then go their separate ways on the plane... Arden to first class and Brad to coach.  Once the flight is over, Arden seeks Brad out and Brad helps him find a hotel in the city.  A quick tentative friendship develops and the men agree to spend time together while Arden is on holiday.  Arden has only been with two people sexually and both were women.  After a day of sightseeing with Brad, they go to the next level and Arden has his first sexual experience with a man and it opens his eyes to things he has denied his entire life.  The short time spent with Brad makes Arden want things that he never thought was possible.  He wants to retire from his dangerous profession and maybe..... just maybe .... settle down.  Even though he has only known Brad for a day or so he feels that there is a connection between them that cannot be denied and he is determined to walk away from his life and start all over again.... hopefully with Brad.  Apparently a certain organization does not agree.

This was a nice start to a series.  It was short and I felt that things moved way too quickly between Arden and Brad but I can see where the author is going with the story so I could accept that.  It was interesting to see Arden let down his guard after being so stiff and secretive in the beginning.  I couldn't help but love Brad from the very beginning.  He's happy and mellow and just comes across as a decent guy.  The story ended abruptly as I know was intentional.  It made me eager to see what will happen in the next installment.

This book was provided by Net Galley and Extasy Books in exchange for a fair and honest review.