I hope everyone made it through the holidays unscathed.  My family and I did... barely.  I can assure you that there are very few things scarier than getting a frantic telephone call from your uncle on Christmas evening informing you that he had just heard on the local news that there is a tornado on your street.  We were lucky but others weren't.  A half mile or so away from my house an entire neighborhood was destroyed.  This, on top of a lot of other damage in various sections of Mobile, including a historic school that has been around forever and a beautiful church that I have been inside of many times.  Mobile had just had major damage five days earlier from other tornadoes that had come through so parts of my city are in the process now of trying to rebuild.  During the worst of the storm on Christmas, I was so thankful that my husband and three sons (as well as other 'adopted' children of ours) were with us and not off somewhere with us not knowing if they were okay.  Mobile gets tornadoes on occasion but it's extremely rare to happen in December.  For it to happen twice in a week?  Very odd.  Hopefully the bad weather is gone for awhile. Thankfully there were no major injuries and not one death reported in Mobile, Alabama as a result of the storms.


Welcome to 2013.  A lot happened in my world during 2012.  My last child graduated from high school.  My middle one turned 21 and moved into his own place.  My husband was offered an amazing opportunity with his company that will, unfortunately, have him away from home for longer periods of time.  Instead of being bummed over that, I will look at it as another opportunity for me to travel and see parts of the United States that I have not yet seen.  I went to my first ever Alabama Crimson Tide football game in Dallas, Texas (opening day of the season) as well as my first Dallas Cowboys game in the same week.  I do not claim to be a Cowboys fan but I can tell you that the new stadium kicks ass. :)  With the exception of stadiums that I simply must visit before I die, I managed to knock off almost everything on my bucket list in regards to U.S. travel.  This happened when I spent my wedding anniversary in Maine last February.  All that is left for me in the U.S. (other than the stadiums) are Alaska (I simply MUST see the northern lights) and one that I could have visited in February but I was too tired after the Maine trip... Salem, Massachusetts (we literally drove past the exit... I was SO close!)  I'm not sure why I must go to Salem but I really, really want to go (my smart ass husband has a good answer for that one but I won't mention it here... it shouldn't be too hard to figure out.. ;) 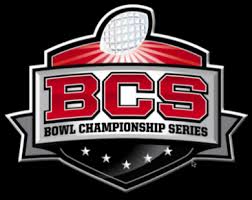 I adopted a new family ... in Australia.  I became part of this blog and made tons of new friends as a result of my love of the written word.  My beloved Crimson Tide has made it to yet another National Championship game (we are hoping for our 3rd title in 4 years), that I shall be watching on Monday, January 7th.  They will be playing Notre Dame, a team that I have always respected but this go 'round?  A big Roll Tide! on that one.  Unless (when!) Alabama wins or our coach defects to the NFL (sending bad vibes on that one), I promise this will be my last post in regards to college football for awhile. :)

I hope everyone enjoyed Christmas and that you rang in 2013 with a bang.  I have my goals for the year (I don't do resolutions), one of which is to step outside of the usual books that I read and go back to some of my old favorites.  I will continue to read the LGBT books that I have grown to love but I will also throw in other genres that I once devoured and maybe even branch out completely outside of my little reading box.  There are so many sub-genres out there that I have yet to explore.    I look forward to reading new things and discovering new authors.

I am sending best wishes to all for a wonderful 2013.