A heartfelt tale to add to the Neuri Series. A paranormal and then some!


"You are slakax. And that, Phoebe Martin, means you don't just feel the loss of your lover, it means the entire universe went black when he died."

That sentence pretty much sums up how Phoebe is feeling at the beginning of 'Ryan' and Ryan's feelings and deep empathy for her. Phoebe is mourning the loss of her husband, Seithe, who was taken from her, at the end of Zauran; with no chance for goodbye's, nowhere for her to go to grieve him and his existence -

'You left me with nothing but a room of black evaporating smoke, no body to bury, no gravestone, no resting place for me to curl up on and cry, to go to find you, to talk, to show you how many tears you've left inside me.'

Ryan, the Neuri King, has taken Phoebe, to Italy to grieve and recharge and to hopefully help her heal and be safe. Like all the paranormals, Ryan also revere's Phoebe and falls for her slakax light and appeal. He hates seeing her grieve and in pain. He does everything he can to feed her, keep her safe and give her space to grieve. He also gives her the opportunity to say goodbye to Seithe, have closure. Which I thought was very beautiful of Ryan and a very touching part of the book. When other supes are busy with their own agendas, and believe me there are lots of them, Ryan has Phoebe's heart as his major priority. Once Phoebe has emerged from her coccoon, her bedroom, initally, and is engaging with Ryan, he discovers that she is dying from the pain of grief, she is losing her light. This is a turning point for Phoebe. When she makes a decision to live for herself not die for Seithe. Imploring Ryan  -

While this book starts with deep emotion - sadness, anger, pain and inital ire from Phoebe towards Ryan, because of her grief. There is also some amusing, everyday moments. Like Phoebe watching television with Ryan. It made me laugh. It's so very relatable. *Snort* Ryan reminds me of someone I watch television with. Someone who points out the flaws in the show you're liking -

Flipping the player off, I huff, giving him 'the look.'

"What did you do that for?" he says, looking from me to the now blank screen.

Ryan  - is the very charming, olde-world, Neuri King. He is isolated, lonely, sick of having to be a warrior when he wants love. He is very romantic, gentle and refined. He brings a softness out in Phoebe that has always been missing from her life. he does it all without squashing her spitfire attitude. Seithe started something with Phoebe, but Ryan finished it, brought her full circle as a woman and slakax. Phoebe was literally in the dark about her light (pardon the pun) until Ryan. Didn't I just love Ryan. I loved his words and heartfelt intent -

I love his decorum, gentleman-like etiquette, behaviour and vocabulary. Ryan is good for Phoebe, is very different to Seithe, and never becomes someone other than who he is, although he's flexible. I also thought of all the books from Pravus - Neuri he wins the H.O.T. award. For someone so genteel outside of the bedroom, inside he alpha's the sheets right up  -

"I've had this locked inside me for three thousand years. Start praying baby girl, because when we're through you will be delirious with pleasure, power, and tripping on me. Unable to contain myself, I unleash the galactic flare. The entire universe will feel this, explode with me, and the vampyre prick wishing you were sucking his dick will feel this supernatural stake as if it pierces his own heart."

Phoebe - I tolerated her in Seithe. I admired her resilience then, but here it gets brought to a whole new level -. Phoebe's about to discover it's hard to be the oldest slakax sister. She has been living in Italy, at Ryan's home, for approximately 3 months, and fading away as she grieves the loss of her husband, Seithe. She isn't eating or taking enough fluids. She is literally fading away. Phoebe also isn't in tune with her slakax nature and this is all a big culture shock for her as well. From the moment she met Seithe she was a vampyre's partner. No more. Yet she is much, much more and 'Ryan' explores Phoebe in detail. Phoebe grew on me in Ryan. But, Phoebe? don't stereotype with your words.

Parts of the book's timeline is set (from) towards the end of Zauran into a goodly portion of Sveta, which is insightful, as much was happening with the various supe factions. Things were building but not much was mentioned about either Ryan or Phoebe during Sveta. Events that were happening at the end of Zauran, and were touched on or occured in Sveta, are expanded on in Ryan, whilst focuing on Phoebe and what has been happening to her after Seithe's death.

Jowendrhan - in spite of his none-to-paternal ways, is stepping up into role of Vampyre elder. He has grown so much, but thankfully still wears his heart firmly on his sleeve. He also suffers from too-many-parnanormal-males-not-enough-women-to-go-around syndrome. Plus, he's torn. He wants Phoebe to be well, to come through her grief, hates to admit it, but sees Ryan as well intentioned, yet Jowendrhan believes he still loves her. He makes a promise that he's prevented from backing up. My love of Jowendrhan continues. I've loved him since Seithe and my heart is aching for him by the end of 'Ryan.' Vampyres, angels, neuri and demons come and go, but Jowendrhan is my go-to guy. By the way Jowendrhan (never, ever will I call him Jo), come to me and I'll show you what women like -

"Phoebe, I have to ask you, what do women want?"

"I thought women wanted love and romance, but you preferred Seithe who was domineering and forceful. So I tried domineering and forecful with Bozena, and that blew up in my face too. I just don't get it. How the hell do I get the woman I love to love me back?"

Venix - is behaving like a father deprived of his sleep by twin babies. Twins that are Jowendrhan's, his brother, that he's raising....perhaps for self-advancing reasons. Can you say Zaria? The Archangel has little page space dedicated to him in Ryan, but, hmm....

Arsay - WTF Arsay? What are you up to, and why exactly?  What's your main agenda and who are you truly allied with? When asked for a favour by Ryan, to help Phoebe, Arsay replies -

"When I ask you to repay the gesture, you do."

Big, game shifting favour then pulled in by Arsay.

Reese and Paolo, Ryan's general and back-up, are interesting characters introduced in Ryan. Waiting, hopiong to see where they go

Arelstin -  Die you psychopathic, greek mythology loving, drama queen of a vampyre! And, yet, I feel the church is symbolic. Seithe was theological in construct, Arelstin takes Phoebe to some Seithe-roots, maybe...I'm purely surmising out loud.

Zarek and Ellindt  - get metioned in passing which crosses over with events occuring in Sveta. I do so want this sado/masochistic pair tangoing in a book sometime soon.

Aisyx - seems to have his course and target plotted in the next book.

Theme? Always a distinct theme with Poppet. In Ryan grief is explored really well. Change is a big part of the book, much is made of butterflies emerging, having changed, becoming more incredible because of it. Both characters change. Both develop a better understanding of themselves. Phoebe finds who she really is, discovers what love really is, Ryan helps her with that gift, Phoebe returns Ryan's love, sets him free from his lonliness. Hearts are everywhere - from Ryan's eyes in passion, his navel, nipples, his plix and the Ryan Tree, with it's heart shape and blooms. I loved the descriptions of the Ryan Tree (must be read). This book was very much about about true love blooming; so it was apt.

Ryan has some incredibly descriptive narrative and prose (stars above, read chapter 23). It is also an intense rollercoaster of events - a romance x paranormal x horror story. Making for some mighty interesting reading. Phoebe is grieving, finds a degree of succor, has the whole floor ripped out from under her by a psychopath, and finds her true love. Anyway, this journey for Phoebe, started via Seithe, who was seat warming for Ryan, his passing was difficult, but  - everyone has a purpose.

One again Poppet has delivered an interesting world where you can go as deep or as light as you want and, no matter what, be guaranteed a wonderful ride. I am champing at the bit to read Aisyx and I need my passionate, gloriously manic Jowendrhan in one piece. 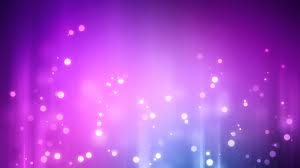