My Son "The Faggot" 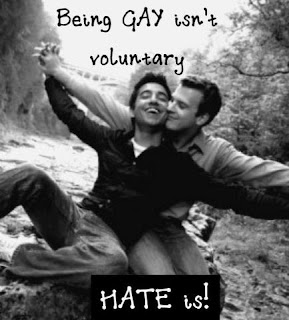 I want to start by saying that I hate the word faggot, I loathe it as a matter of fact. It's like a lot of other words that people shouldn't use, that I also don't like. I won't mention them as we know them and I don't have to give them power by using them. Anyway, "faggot" is one of those words used as a put-down, it's used to be nasty, and it's used to discriminate. I just want to say my son is gay. No-one in this family has a problem with that, we love and support each other, gay, straight or otherwise. Our immediate family and close friends are all open, interesting, quirky, unique and definitely LGBTQ friendly. A few of my friends are gay or bi, and I grew up with a trans male who transitioned to female.

Today the word "faggot" was used on my son. It was used when he was out with a friend, having a quick bite to eat after university. He and his friend, R, were sitting and talking in a food court of a large shopping mall, when a group of 4 young women started throwing chips at D and his friend; and were generally being annoying and rude. My son asked them to stop throwing food, and, after the 6th time of this food stupidity, he asked them again, when one of the young women replied - "look at you, the way you dress, the way you talk" my son told them to "calm down" then another girl piped up "yeah, you talk like a fucking faggot," another one said "you dress like a faggot too." Wonderfully intelligent young women  that they were seemed to feel well dressed, well spoken men are "faggots. My son took exception and told them, in a lowered tone, to "just keep quiet" and that they were being "childish."To which one of the young women replied along the lines of they were going to get their father(s) to "fag bash him." Lovely! My son approached them and said - "You know what? No amount of make-up, hair dye or sugar coating is ever going to make you beautiful, as you're ugly from the inside out." (Bravo D, in my opinion).They continued on in a charming manner of calling him and his friend "fags," his friend is straight, not that it matters, that their fathers were going to "bash them," that "you look like a sissy...." and on it went. My son and his friend left.

I was furious when I picked him up after and he told me what had happened. He said to me it was "pretty awful" but he felt "right" for speaking up, it felt good to say something to them. He said "you know mum, I felt like I got to say something to them that I didn't get to say to the people that were bullies at school and I don't have to hang around these people. I can get up, leave and have my friends that are mature, intelligent and like me for who I am." When he said that it made me feel like something good came out of something nasty. I also teared up a little, when he wasn't looking. To be honest he took it better than me. I know it bothered him but he dealt with it really well. We talked about it again a bit later and he feels calm. Anyone who has read my blog "My Son The Aspie" will know what he has been through, what we've all worked towards as a family. He doesn't like confrontation, it's still uncomfortable for him, but he stood up for something today, he handled it his way and I think he did well. I asked him what R said and he told me "nothing really," apparently R is a quiet young man.

I know what happened today is minor compared to other issues like bashings, beatings, suicides, but it is the thin end of the wedge. It's 2012 and we are fighting for marriage equality and human rights. I shudder to think what families these young women come from for them to be so actively seeking mischief and to be so venemous.

I'll just add this last piece, which I think sums up my son's character - When I asked why he left, the food court, was he worried? He said "mum, there were mums in the food court with their children after school, it was pretty packed out, I didn't want to make a scene. I wanted to have my say, but not upset the little kids around me."

I ask you who is the better person? I'll answer, not those females, that's for sure, but my wonderful son who continues to grow into a fine young man, that's who.