It's over.  The votes have been counted.  The political ads are over.  No more middle of the night phone calls.  We now know who the next President of the United States will be.  Right now, everybody and their mother are debating the results, both good and bad.  You can't turn on any news channel or get on any social networking site without it all being about the election.  I, for one, will be thrilled when all that is over and I can watch TV without hearing about it.  I can't wait to be able to participate in Facebook discussions again.  I have avoided Facebook like the plague these past few weeks.  People who are normally laid back and quiet have been quite brutal in their political beliefs and they do not hesitate to tell you that you are wrong if you dare disagree with them.  You don't even have to post a status or make a comment on someone else's. If your political affiliation is listed on your profile, you are automatically dragged into it whether you choose to be or not. 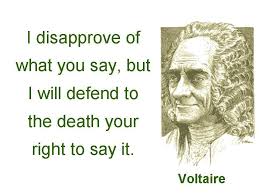 Which brings me to the purpose of this post.  I spent election night having a very lively email exchange with my friend in Australia and her family.  They were watching the results as they were coming in... as I was.  I remember reading these emails and being amazed over how much they, who are not American citizens, know more about U.S. politics than most Americans I know.  Once the final results came in I said goodnight to my friend and went to bed knowing who will be our leader for the next four years and glad the election was finally, FINALLY over.  I woke up this morning to an email from my friend and to say I was furious would be a major understatement. 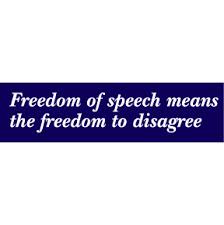 I made a promise in my last (non book related) blog post to never share my political views or beliefs.  I still have no intention of doing that... here or anywhere else.  But I have to say that after reading that email I am having a very difficult time keeping that promise.  Don't worry... this won't turn into anything political.  This is about people, not politics.

My friend's son, a nineteen-year-old man, made a comment  on Facebook about the election.  He has a right to his opinion, right?  Wrong, apparently.  He was attacked verbally for not agreeing with certain people.  His lifestyle was called into question and he was accused of not caring about certain things that pertain to his personal life... all because he gave his opinion.

Since when are we not entitled to have an opinion?  I have been yelled at, blasted publicly on Facebook, accused of being things that I most definitely am not... all because of who I voted for or chose not to vote for.  Did I ask for this from these people?  Hell no.  They found what political party I support on my Facebook profile.  Sure, life over the past few weeks would have been a lot easier had I just removed that from my profile but why should I have to?  I shouldn't.  I can hit DELETE quicker than people can post nasty comments.  I'm a big girl.  I know how it works and  I know how passionate people get in regards to politics and I don't... nor would I ever.... wish to change that.  But give me a break.  This kid gave one opinion and he was attacked verbally for not agreeing with someone.  I haven't spoken with my friend since I read the email as the time difference between our two countries is huge.  I don't know what else was said or how her son dealt with it.  I don't even know if those who attacked him on Facebook were even American.  But I can say that I am angry that the young man was not allowed to give his opinion without being publicly attacked. You know there is something seriously wrong when you are not even allowed to have an opinion.

I hope my friend's son was able to get beyond the cruelty of others and that he was able to get over it.  I hope he saw that it was ignorance of the other people, not him.  This is a very bright and intelligent young man and instead of saying mean things to him, why not ask him WHY he feels the way he does?  Maybe you'll learn something.  If it was Americans who were so hateful and cruel to him?  I apologize.  Not for the idiots who did it but for the fact that someone from my country treated him  that way.  Thankfully, we are not all like that but I am ashamed to know that some are.

I touched on freedom in my last post.  What happened to freedom of speech?  I personally do not care if people agree with me.  I am a 45-year-old woman and I will stand up for what I believe in and I don't give a damn who agrees or disagrees. But I don't tell someone that they are wrong for not sharing those beliefs.  Nor do I verbally attack a 19-year-old man simply for stating his opinion.  Those who did should be ashamed of themselves.