So it begins.  The utter craziness that takes place this time every year in the United States:  The Holiday Season is about to begin in full force.  This doesn't officially start (of course) until Thanksgiving Day but people are preparing now... as I type this.  Me?  I've done my food shopping already.  Of course, I've probably forgotten something as that happens every year and at the last minute I have no doubt that I will be bribing an 18-year-old boy to fight the crowds in the grocery store to get whatever it is that I forgot.  It happens every year.  It's a tradition.  He expects it.  Make an offer of take-out pizza and the kid will do anything asked.  Trust me, I've eaten a lot of pizza over the past year.

I will begin my baking at a ridiculously early hour on Wednesday and this will continue on and off until Thursday afternoon.  I live in Mobile, Alabama.  It's what we do.  We start early because we have to start early.  No store-bought food on our table on Thanksgiving.  I would lose my southern card.  Seriously.  We are taught from an early age that it's just not done.  We don't do stuffing in the south.  We do dressing.  This means a lot of baking and chopping the day before so it can be thrown together in a rush and thrown in the oven a couple of hours before time to serve it the next day.  I also make a damn good pumpkin pie so those are done on Wednesday as well, along with various other dishes that my family can not live without.

On Thursday I will rush around preparing something to take to the inlaws that I will be told is not prepared properly (even if I am the one who created the recipe... ) then my husband, sons and I will spend a bit of time there and then rush home to make preparations for my own family's gathering that will take place at my sister's place.  They love my food there.  Really.  There will be no complaints. :) 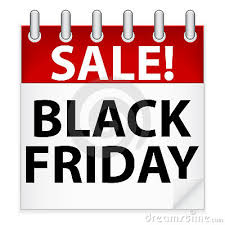 This day was created in hell.  Seriously.  Those who aren't familiar with this day.... suffice it to say that it is the one day out of the year when all the crazies come out to the malls and the shopping centers and fight each other for something that could be purchased online... without the violence.  Being the youngest child in my family, I was always the one forced selected to do the Black Friday shopping for my mother and older sisters.  It was traumatic.  It was a disaster.  I should need therapy.   Last year, I was forced to go to Wal-Mart on Black Friday.  Why?  Because the Alabama vs. Auburn game was that weekend and we had no snacks (you can't watch football without the proper snacks!)  I fought the crowds.  My toes got stepped on.  I got shoved.  But  I left the store with a brand new Kindle Fire in my hand (not on sale) so it was worth the hell I went through to buy it (even if it was not on my original shopping list).  Did I mention that my Kindle Fire is my best friend?  It is.  I love it.  I can't imagine life without it.

The Alabama vs. Auburn college football game that takes place this year on Saturday, November 24, 2012. 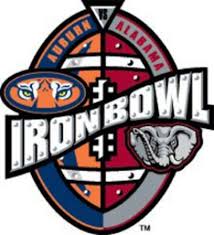 You northern folks and those who live outside of the United States are saying "Huh? What's the big deal about a college football game?"

(..... if you asked that question down here you would get that look... you know the one.. .the one that says you've obviously just arrived from another planet....)

In my neck of the woods (lower Alabama) we do not watch college football.  We live college football. The University of Alabama (Tuscaloosa) and Auburn University are both in the state of Alabama so this is an intense rivalry... one of the biggest (in any sport) in the U.S.  Those who know me know that I plan my life in the fall around my Alabama Crimson Tide football team.  Weddings are scheduled around college football season.  Vacations are planned around college football season.  But the Alabama/Auburn game?  This is the one we fans (of both sides) wait for.  It doesn't matter the records or stats of each team when they meet each year for what is known as the Iron Bowl.  It doesn't matter the predictions or projections.  What matters is that nothing else that has occurred during the season counts to the die hard fans.... only this game does.  Families are mixed on loyalties.  Friendships are strained.  Many coaches have lost their positions as a result of the Iron Bowl's final score... regardless of their previous record with the team.   In my house it will be my husband and me watching this game as we kick the above-mentioned 18-year-old out of the house (he broke his mama's heart when he became a fan of the other guys).  The hubby will burn cook something on the grill and I will make pitchers of margaritas.  We will yell at the referees and players as if they can actually hear us.  We will enjoy this time because it's a tradition in my house and in the houses of many others.  When it's over?  We will (hopefully) be picking on our Auburn kid who dared go against his parents' wishes. 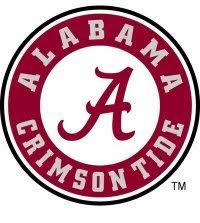 For those who celebrate Thanksgiving, I wish you a happy day with your family and friends.  Be thankful for those you have as you never know what each day may bring.  I thank my maker every day of my life for the time I had with my sister before we lost her.  Thanksgiving should be about family.  I wish you all the best during this holiday season.  If you fight the crowds on Black Friday, I hope you get what you are looking for without injury.  If you watch college football? 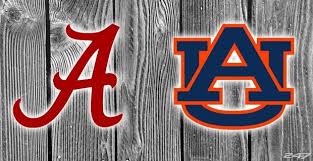