The Good, The Bad and The...Something - Reviewing Book Reviews. 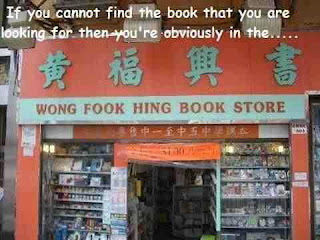 
I've been looking at book reviews lately with a more critical eye, mine, others as well. Some people write amazing reviews whether they be positive or negative. Some people love everything, some people appear to hate everything, some people seem to rate as the book moves them. Then there are the people who seem to troll authors or book genres they don't really like in the first place. They appear to pick things out that they don't/won't like, don't actually read the books half of the time, then proceed to rate it poorly; often with no substance to their rating. Do not get me wrong, I firmly believe everyone is entitled to their opinion, I give mine enough and I'm not entitled any more or any less than anyone else. I've given books 2 stars and a keyboard slap that others have raved about, however, I always read the book. If I DNF then I normally don't review it at all, unless there is something that has really upset me and I feel is ill-informed, insulting or prejudicial. I also try to keep my opinion informed, although there is one I feel a bit of regret about, I didn't explain myself particularly well on that occasion. I believe people should back up what they say when they rate a book with either a 1 or 2 star rating. Also, I don't think it is fair to rate a book containing a) things you don't like, even though the official blurb explains clearly what's in it, but you get it anyway, and then bitch that it's about things you don't like or b) review a book poorly because it's subject matter squicks you out, when it has clearly been labelled as containing sensitive/strong material or subjects that are known to, well,..."squick" people out. I've moved on plenty of times, and not rated, because it wasn't what I wanted. It happens. I'm not going to shit on someone's livelihood or love of writing because of it.

Obviously, it's not possible for everyone to like the same genres, writers within genres, topics, subject matter, writing style, humour, darkness, sweetness etc etc. The world would be a boring place if we only liked the same things and if we all liked things to the same degree. Everyone sees something or some things differently, I tend to find the slightest bit of psychological content and grab hold of that for dear life. I think I sometimes over-analyse things. I read a particular writer's blog recently, one that I like as a writer by the way, who didn't like people like me making something complicated out of what, they felt, was uncomplicated. OK, but sometimes the writer isn't aware of how they may be unconsciously putting down material that is deeper than they realise, but, anyway, that's just my view. Everything is not always analytical for me, I also like humour, when it's done right - but my idea of humour and yours may be two very different things. That's OK. I loved Ricky Gervais hosting the Golden Globes, I loved him taking the piss, but there were plenty who felt he was offensive, whatever. That's what makes the world go 'round isn't it?

I'm not a writer, never have been, other than reviews, my therapy sheets, and some other boring and dry documentation. Of course, I now write here at this little rambling blog, pretty much for myself, because it's cathartic. I think it's a pretty hard gig, writing books that is, and I respect that; after all I love to read. I've seen a couple of writers lately get bad reviews for seemingly no reason other than someone being contrary, it's annoying and I don't think it's fair play. Human nature being what it is we do tend to lean towards the dark side more easily. Anyway, I don't know these writers, by the way, so there's no personal connection, in case someone was wondering.

So, here is another soapbox moment of mine. If anyone's out there, feel free to comment, bitch slap me, or add some extra info of your own.
Posted by kazzak at 20:29