Letters from the Sky, Tamer Lorika

A very nicely written LGBT YA and paranormal story. When Letters from the Sky begins the main character, Jeanne, has had an intense dream. Her dreams are definitely surreal and seem prophetic throughout the book. After her latest dream, she rips out a piece of paper from a school notebook and writes -

I haven't seen you in a week but I still hope you'll come back for me. I'm sorry, I know you say to trust you but I guess I'm still too young or scared. I feel strange sometimes and I don't know why.

...which she places under her pillow before heading off to her morning ritual of her hair being braided, rationed breakfast and meeting her best friends, Paris and Jedrick, so they can head off  to school together. Jeanne is 13/14 and her two friends are the same age. Paris is pretty and an incorrigible flirt. Any cute boy is fair game. She is also quite upfront about how she feels and a little blunt. Jedrick, whilst not blind, is sight impaired, hates being treated as if he is handicapped, and he and Paris have an unusual relationship of not quite fully recognised love. Jeanne is not popular, not unpopular, polite, quiet and sweet. She seems to find no fault in anyone.

The characters live in the shadow of a world at war. Of rations, blacked-out windows, planes droning overhead striking fear into people's hearts, Jeanne's Papa listening to the radio about bombings and propaganda drops from planes. There is darkness coming. Drawing closer. Jeanne lives with her Maman, her Papa, her Gramaman and baby sister, Suzette. The town is in the Vichy region and is always described as grey - the people, the buildings are all quite monochromatic, which I imagine would be the case for a young person living in this period of time. But the sky is always given more than just a greyness.

In one of Jeanne's classes one the most interesting characters,  Ms Milovskaya, discusses something that piques Jeanne's interest -

"If you get out your books and turn to the story you were to read last night, I want to discuss something you might not be familiar with. It's an eastern motif, the red string of fate. One supposes lovers who are destined to be together are connected by an invisible red string."
Paris, from her seat just in front of Jeanne, threw her hand up. "If it's invisible, how can it be red , too?" "It's only a story ," Ms Milovskaya responded gently. "A romantic idea about connection. It's an insight into another culture." 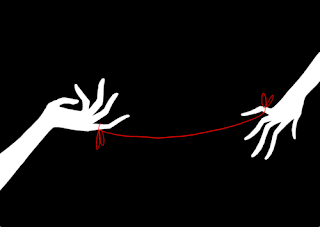 Jeanne raised her hand. "What if...." Her voice caught. She cleared it and spoke again. "What if the person you loved lived very far away?"

Ms Milovskaya cocked her head, contemplating "Well, dear, I think that's the point. No matter how far away they are, you are connected to them...."

I think it's wonderful to believe in love like that," Jeanne said...
"Oh, yes. Yes, it's a wonderful story. I take it you enjoyed it?"
"Very much. Do you think it works even if the person you love doesn't exist?"
"Everyone has someone Jeanne. Even if it's not quite how you planned it...." She trailed off.

Jeanne is an unusual girl, she has intense, some would say prophetic dreams, and in pictures she draws or sees there is an element of either the surreal or haunting. She also has a companion of a night, not every night though, named Jericho. Jericho talks to Jeanne of things that are new or amazing in the world - a tough olive tree growing where it shouldn't, a two headed snake, things of wonder and beauty always lulling Jeanne into sleep -

"Sleep little one...in a tunnel deep under the earth , a phoenix has begun to cry." The spell continued, and Jeanne drifted quietly away, secure and safe and warm and in the arms of her angel-spectre-lover-guardian.

Jericho appears at random times and Jeanne wants so much more of her Jericho. Jericho always tells Jeanne that she will come back -

"I'll come back soon. Trust me. I'm coming back for you. We were made for this weren't we?"

So, when she really feels the need, and the wind is right, Jeanne sends her paper-plane messages skyward. But there comes a time when Jericho is scarce and Jeanne becomes quite despondent. She knows Jericho has told her to trust her, that she will always come back when she can, but it just seems like it is all a dream and she isn't as real as Jeanne would like. And this time it has been a while between visits.

There is a lot to this story. And this review really can't do it justice. It is an awakening-of-feelings and desires story, but with a paranormal theme, it is about a young girl loving with all her heart and wanting to have a life with someone who loves her, wants to share 'cheese on toast', talk, be interested in each others lives, sleep together, wake up and do all the things a couple does together. She wants to know that one day she can have a committed relationship. Only she wants it with another female -

Any time Paris pointed out a boy, Jeanne had to really squint to see something special. Maybe she just had a different perception of beauty. She thought Jericho was beautiful. Paris was, too. Ms Milovskaya was tired, too, though, and she was absolutely gorgeous when Ms Roma was with her. It was only then she seemed like a whole, complete person.

Ms Milovskaya and Ms Roma are in a committed relationship. I don't think I'm giving anything grand away here. Ms Milovskaya is always flushed and late coming to class and always saying goodbye to a somewhat cheerful Ms Roma, the school nurse.

Things now take a turn in the book. Because Jeanne is faltering, lost and unsure whether Jericho truly exists, Jericho needs to take action to make Jeanne feel their attachment. So she brands Jeanne. This is not something Jericho does lightly, but because some events have occurred, are occurring, and Jeanne really needs their invisible red string, Jericho agrees. This is a source of many difficulties after it occurs for both Jericho and Jeanne. The brand is a mark that others can see which seemingly pops up over night on Jeanne's face. The town is superstitious and 'bad omen' is suddenly becoming the catch-cry about Jeanne. Her own mother and the children at her school are afraid of/angry at Jeanne. Behaviour becomes aggressive and hurtful, but Jeanne is a beautiful soul. Even Jeanne's mother seeks the local priest out to bless her 'bad omen' daughter. This was well done - it looks at how people treat others who are different in society, expectations we place on our own children to fit in. The sudden brand also ties in with the Cohen family inexplicably disappearing from the town, which corresponds with Jeanne being seen as a 'bad omen'  Little did they know who and what the real bad omen was for the 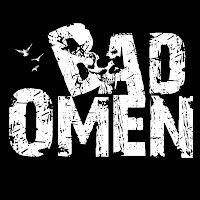 history of the time, and soon for their region. People in the town don't know about Hitler's treatment of the Jews, yet.

Just a couple of minor things I want to mention. The use of explanation marks could be a bit much. The writing was good and I got the emphasis of many things that did not need the extra emphasis placed on them. The words 'transparent' and 'minced' were thrown out there more than a few times. Jericho could have been utilised a bit more, the time she spent with Jeanne was not as much as I would have liked for full three dimensional development. The branding that was done against Jericho's order was not as explored as I would have liked. However, it is not a long ebook (approx. 170 pages) and a lot was delivered in the word count allocated. Just some of my feelings and observations. None of these things really detracted from my overall enjoyment of Letters from the Sky.

I really enjoyed this book. It is a 5 star read for me. The title is perfect. The writing is, by and large, quite lovely. The story is sweet and there is no spoon-feeding the reader. There is no sex or swearing but there is no need for either. Don't get me wrong, there is some touching and tenderness between Jeanne and Jericho but not in an overt manner. It is appropriate for the target demographic and beyond. This may be a lesbian YA read, but my son is now going to read it because I think it is a book suitable for many YA readers from thirteen and upwards, irrespective of sexual orientation. It is definitely for those who like a paranormal theme and something a little different. And it is different. I hope people who may not ordinarily read an LGBT YA may consider adding this book to their reading list. It is not fast paced but isn't boring, there are some lovely words, and the way the story is developed is interesting. The war is never mentioned by name so you can choose to see it in any way you want. I'm older, so I worked within known historical parameters. The characters are interesting and behave in a time-and-place age appropriate manner. A lovely read.

This review is also on Greedy Bug our LGBT YA site