Down in the Basement, Ryan Field

Sexy. Cross-dressing. Multiple partners. I was in!!


Mmm, mmm, this was a nice, hot read. Yeah, I really liked this quickie. Hot, heavy, no declarations of love. I always like it a bit better, though, when the MC's are personable. When the author has done enough to help develop the characters in some way. This book achieved that, and it has a sweet ending, which I believe will endear it to readers who like a short sex-fest, but with a connection. Pretty unexpected. In full disclosure mode I LOVE men in dresses, in corsets, in drag, in femme gear. It works for me. I read as many as I can. I don't always review them, but I thoroughly enjoyed this ebook.

The MC, Rush, loves to be smooth, silky and sexy, he likes to wear some women's clothes for himself, to 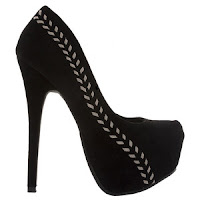 It's Halloween. There's going to be a frat house costume party and Rush has himself all ready to go - 6 inch black stiletto fuck-me heels, check, black lace-up corset, check, black, tight skirt, check again, black thong-sock, yep. Rush is tanned, terrific and ready to go to the frat house party. He's not cruising for guys, just wanting to feel sexy all dressed up with somewhere to go.

On the way some guys scope Rush out, 'pussy-hounds', commenting they would like to get some of what she's got. First test passed. Rush looks and feels like the woman she wants to be tonight.

There's a few hands up the dress and on the arse at the party, but Rush figures it's safer to not go there and says there's a boyfriend in the picture. But the night wears on, it's now 2 AM, and a very big, broad and handsome football jock is hard to resist - 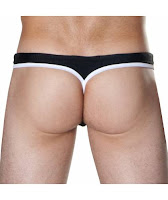 "Those fucking high heels are really hot." He was about six four and towered over me in spite of the stilettos: his words were slurred, and his breath heavy and stale from beer when he asked, "Why aren't you wearing any underwear?"

Rush was, just a thong-sock with a pretty bare arse.

One thing leads quickly to another and Rush is asked down to the basement to smoke some weed and have a few more drinks. The main jock has three jock friends with him, most pretty wasted, so Rush figures why not?

So, now Rush and the jocks are all pretty hot- to-trot. No one has grabbed the package at the front, yet, and  Rush decides getting them sitting on the lounge for a blow job will negate any further problems, as they'll pass out afterwards. The thing is he hopes the fourth guy, someone he has admired in class, doesn't recognise him. He wants more than what Rush has been giving -

But while I was about to go down on him, the guy I knew from math class rested his palm on my shoulder and said, "I want to fuck you, baby."  My eyes bugged out as though I'd been caught with my hand in the cookie jar. My heart started to race, hoping he wouldn't put his hand up my dress.....
He bent close to my ear and licked it, "Don't worry," he whispered, "I know you're not a girl; I knew it when I first came down here....I just want to fuck you, please. The other guys are too drunk to notice."

A nice time is had by all -

I couldn't believe that I actually sucked off three football players. And a fourth one had fucked me...