Hearts Under Fire's offical blurb spells a lot out, this is my take on the book.

Maxwell Clark, or Clark, is a 32 year old ex special forces sergeant. He is quite the entrepeneur, with several business ventures, including, owner of Glow, a local, high profile bar; not to mention he's an undercover go-to man, if required. Clark outwardly displays a casual, easy going persona to people, other than those who know him. Those who know him know he has anxiety and OCD tendencies, but not to the extent of how problematic it is. When tending bar one night Clark spots a new customer, a very attractive, smart, interesting new customer, who seems immune to Clark's smooth lines. Clark is intrigued, more so when one of his employees mentions that he is an IT Professor at NAU. Clark's mission is to find out all he can about Professor Daniel Germain. In doing so he discovers that Daniel is a Dom who can help his friend, the Mayors son, Lucian Gray, in  BDSM club, Break. He's perfect for a Dom role, and Clark knows that Daniel can do with the money; as he's nothing if not thorough in his research. When Clark lets Daniel know about the opportunity to Dom at Break, Daniel sees it as a better set-up than his current one. Trouble is, Clark has developed feelings for the professor and is none too thrilled about the object of his desires servicing other clients. Clark has served in Iran, suffered injury, and loss, and as a result has PTSD with more than a few of it's characteristic features -

April thirteenth was the date Clark lost an eye, his first choice in career, and....Him. You lost him that day too.

Clark felt the familiar stages of red-alert panic begin to overtake him, and he sucked in a gulp of air, trying to stay calm and maybe avoid this. Maybe, if he could just breathe......

I must say the PTSD is handled well. I have a problem with the way PTSD is, at times, portrayed in books, this was well done. The symptoms were handled better than a lot of books I have read - anxiety, panic and the use of triggers and dreams, included - which pleased me immensely.

The dialogue between the 2 MC's was good - externally, quite mimimalist, at first, but developing into much needed, open dialogue as the characters developed trust. Much of the characters initial individual feelings were explored internally, allowing their individual issues to be seen by the reader. When they trusted one another, bit by bit, then they put their hearts out there for one another. I must say there were some poignant, quote-worthy lines in Hearts Under Fire -

Daniel sighed, half-hearted and forced. "They say scars are like tattoos but have better stories. I dunno these..." Daniel brushed his hand over the spray again, "...they just seem like one painful story."

I probably have a slightly different take on the D/s relationship in this book. I did not really see Clark as a Dom, rather a man who had total need for control in order to deal with his PTSD driven issues. Clark had to have towels at his bar in the right place, would analyse/strategise everything, count footsteps, and just generally try to control his environment. It would seem natural that a strong man, ex spec-forces, coming through war, injury, running a business, would show a certain facade to the world; would not wish to come off as a sub. However, behind closed doors, subconsciously, things are rarely what they seem. Clark is a strong, caring man dealing with difficult issues. I really did like Clark.

Daniel Germain, is 38, and, as stated previously, a Professor in computing. However, he also works as a Dom, originally to help pay off grad school loans, now to help other family members' with their education. Daniel has an outward facade of being quite cold, aloof, intimidating. As a Dom he is calm and collected, cares about his subs. Once again there has been a major life event for him, causing problems, which are exacerbated in the latter part of the book. I liked Daniel, he was fair with his students, was so caring with Clark, when others may not have been. Daniel felt that Clark was a Dom which, primarily, caused Daniel's inital withdrawal from Clarke's advances. Daniel knew himself well enough to know that he couldn't submit -

"When you were racked, clamped, filled, gagged, and hooded, what were you thinking about?" Looking into his masters eyes, Daniel said honestly, "How I could do it better."

This could be a big problem, having two Doms in a relationship. However, everything is not as it seems. Daniel starts putting things together about Clark's nonverbal cues and a way to, hopefully, fulfill his/their desires -

Clark was someone everyone liked. He dabbled in the toys, rooms and delights of the Scene; however, "dabbled" was the key word.

He wants me to dominate him, but he can't say it consciously to himself, much less to me. He's saying it in all the nonverbal ways I would have read if I weren't so damned nervous about this place....And I want to take him so badly, too. I'm responding to his need, even when he denies it with every tease. What the hell am I'm going to do? Daniel let out his breath. I'm going to do what I always do. Listen. Watch, See the way in.

And, "see the way in" he did. The book shows a progression of their relationship, with a few curve balls thrown in, including the latter part of the book. I understand the last, maybe, quarter of the book had a shift, and was a bit more touchy feely, but I liked it, liked that two damaged men opened up to each other, found happiness in each others arms; could support one another as needed.

MY EPILOGUE: With the series being called New Amsterdam, all I could picture was the gorgeous Nicolaj Coster-Waldau, sorry I got distracted. So, here's two picures for you to get distratced as well :) 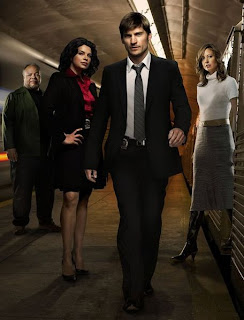 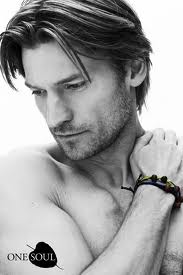