Email From an Ex, Richard Natale This twenty two page short from Richard Natale is absolute gold. I'll be honest, I bought it to go with some other purchases to make up the numbers. It sounded interesting and like a quick, easy piece of fluff that I could cruise through and rate but not review - don't judge this reviewer, I'm not well. To not review, though, would be such an injustice to this terrific short.

Theo has been in a relationship with Jack for two years but for the last six weeks they've been having a break, well, Jack decided that they would have a break. They work in the same field - Theo writes and Jack is the west coast editor of Hot Digs, a magazine Theo writes pieces for -

That novel Theo was committed to finishing was sitting faithfully in a rarely-visited folder on his computer while he cheated on the side with an ever-growing number of redundant and highly stylized periodicals. If enough editors liked you, you worked consistently, since they all flitted from one rag to another....
...however you were obliged to do exactly as you were told  or, as Jack put it, "please stifle your inner Puck."

Theo is not sure whether he and Jack will get back together again, or if he is going to be faced with the wonderful world of dating in the twenty-first century -

...the idea of jumping back into the availability pool was enough to make his teeth chatter. It didn't help that, in his absence, all the hook-up rules had changed. Vetting candidates in person was so 20th century. Meeting "Mr Right Now" had moved inexorably to the internet, and as Jack astutely 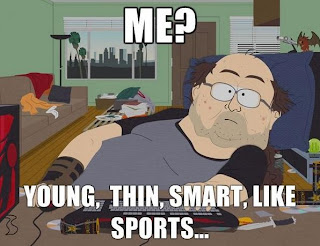 pointed out, the mating game had been transformed into as joyless a task as hunting for a job. Both required the posting of a résumé including age, weight, prominent physical characteristics (isn't it curious how everyone online is well endowed by his Creator and blessed with a humble bubble butt?), and preferences (remember when versatile meant being able to sing, dance, and play a musical instrument?)
If you still insisted on going that route, the next big decision was selecting the appropriate site on which to display your evasions, distortions, and fabrications, which included that one great picture of you taken eons ago that you've been saving for your obituary.

Anyway, after Theo submits his latest piece of writing to Jack, he receives a call from him asking Theo about someone he hasn't heard of/from in a long time -

"Hey Jack-o, that was fast," Theo said.
"Oh, I haven't had time to read your piece yet. I'm really backed up. I'm calling about something else."
Theo hoped  his next words would be "my life sucks without you" or, at the very least "I miss your smell."
"Do you know anyone maned Elgin Taylor?"

Theo does. He was his first love and the first person to do a hatchet job on his heart. Elgin has seen Theo's writing and contacted Hot Digs. Theo doesn't want Elgin to have his email address so he asks Jack to allow any correspondence to come via him. Jack agrees and says he'll get back to Theo when he has read the email -

Without so much as an "adios, amigo," he was gone, and Theo began to wonder if Jack-o had given up on them and started dating someone else.

The book looks at a number of things - the internet dating scene, as outlined above, Theo's  relationship with Jack, and some thoughts about how compatible they were - after a sea of meaningless hook-ups and one other serious relationship on Theo's side. But Jack means a lot to Theo and he liked the companionship and closeness they shared prior to the split. He misses it  -

Other times Jack could also be surprisingly romantic. Nothing obvious or corny, just the admiring stares he cast at Theo when he didn't think Theo was looking or the way he clutched Theo's forearm in the middle of a movie for no particular reason. Or how, unprompted, he'd say things like "Gee, you're swell." (Okay, maybe that was a little corny. No matter, Theo fell for it every time.) But since the separation, not a single tenderness had passed his lips.

It also looks at the email Elgin has sent and the effect that has on not one but two men. It's nice to be vindicated in some form, sometimes. It's nice to know where you may be going and who you want to go there with. It's good to have some belief in who you are as a person as well. I've already put loads into this review of a short story and I don't want to spoil what is an enjoyable, current, at times romantic, at times pragmatic, at times acerbic and well constructed look at things 'relationship.'

The writing in Email From an Ex is mature - perfect, as these guys are in their forties - clever, humorous, flows perfectly, and is an utter joy to read. I adore Cary Grant and the references were apt and appreciated. I suspect the author knows a thing or two about journalism, or writing for the masses, amongst other issues touched on. And while there are references to sex, there is not one sex scene in sight and wasn't I glad...and, no, I'm not a pod-person, it really is still pervy old me writing this review :)

I can't recommend Email From an Ex highly enough to anyone who likes intelligent, observational  writing that's relatable and all within a short yet satisfying read.