I would love to say that I loved or really liked this short by J P Barnaby. I loved Aaron and that is why I wanted to read the Bane of Boston as soon as I saw it. Unfortunately this book and I did not have that same affinity.
Jonathon 'Jack' Young leaves Boston after catching a foul ball which stopped the Red Sox from a possibility of getting the pennant, for going to the series for the first time since 1918. His brother won't talk to him, his landlady doesn't want to rent to him, he is hounded everywhere he goes, and offered big money to talk about his baseball faux pas. There's a difference between being a fan and being crazed. I personally cannot understand the lengths of the freaky-deaky fanaticism here. I mean I love sport... but not enough to want to ruin someone's life over it. Anyway, Jack has to leave Boston and he goes to Chicago, the game is still there, just  a different team - insert the Cubs over the Red Sox. Here he has a certain anonymity but he still has to be careful, he won't actually venture into a stadium, but he will go to a bar to watch baseball. It is at such a bar that he meets Ryan, a Cubs supporter, who he likes, and the feeling seems mutual. And, hallelujah, Ryan doesn't seem to know him as the Bane of Boston. He can be just another guy. Just Jack. And hopefully have some much needed contact with another guy. The trouble is, Ryan does know who he is and that just pissed me off. They are having sex, and a pretty good go at it, and Ryan is thinking about the possibilities of a scoop with the Bane of Boston. That did me in.
I know Ryan had issues, a (gay) journalist who needed to prove himself.  I didn't care. Once that initial deception was committed by Ryan I was out of this book - 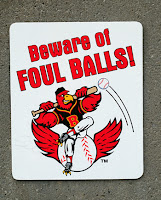 Hot, tight, and fucking gorgeous, Jack sank down on his cock while Ryan watched. He didn't bring guys home guys often, not often at all, but he had to make an exception for Jonathon (Jack) Young. The guy had looked familiar in the bar, but once he saw the Boston Red Sox patch on his backpack when they headed towards the door, he knew. His editor would have a field day with an exclusive on the Bane of Boston.
Having sex with someone knowing what he does is deception. Thinking what he did during sex? NOT. COOL. AT. ALL. Killed it for me right there.
There is making up by Ryan to Jack, but not enough. I believe other readers could view this as a fun, sexy, easy read, but I could not get into it. My pet peeve got me. I also found that there was a lot of talk about baseball players, past and present, and lots of talk about Wrigley Field and the surrounding areas, the fans, I wasn't into it. I personally found it overload for the word count. Another reader? Possibly no problem.
It is technically well written. I cannot fault it on that front. My rating of this book, my review is based on what irked me personally. So maybe look for another review that is less biased because I know there are things in this book that are well done, but I couldn't get into it enough.
2.5 Deception Doesn't Grab Me Stars.
This book was supplied to me by the publisher, Dreamspinner Press, in return for an honest review.﻿
﻿
Posted by kazzak at 23:34