Ben Haggerty comes home from a long day at work expecting to find his partner of eight years, Rick, waiting for him. What he finds instead is an empty apartment. Not only has Rick disappeared but so have his belongings and more than his rightful share of the joint bank account.  The apartment has been cleaned thoroughly, something Rick has never done. He leaves behind a letter.... "... Things aren't the same between us--let's face it; they haven't been for a very long time .... it will only be temporary, Ben, I promise, but I need this time away, so please don't try to find me."

The reader is privy to the type of person Rick is early on. The way he treats Ben is appalling, as Ben thinks back over comments and actions made over time, never thinking that what was being said or done was wrong.

"Blue-collar workers are so low-class."  (When Ben's 'blue-collar' job was keeping Rick in nice things.)

Rick never made the bed.  Not that Ben minded.  A genius of his lover's magnitude didn't have time for mundane things like tidying their apartment.

Rick was right when he teased Ben about having an IQ of a bunch of brussels sprouts.

Ben is a low voltage electrician who has spent the past eight years working hard to try to save enough money for a house he can share with Rick.  His profession is a source of scorn and amusement to Rick, who is working toward his masters degree. But Ben is in love so he's always made excuses for Rick's behavior even finally getting to the point where he believed the horrible things that were said to him on a daily basis.  His self-esteem is at an all-time low. He's only had one lover and that was the man he has spent the past eight years with.

Rick's disappearance devastates Ben. The holidays are coming up and not only does he no longer have the man he loves but he has been estranged from his parents since he was forced many years ago to choose between them and Rick.  (He obviously makes the wrong choice.) Finally he begs a computer savvy friend to find a current address so that he can at least send Rick a card asking when he will finally be coming home.  The card ends up getting delivered to the wrong address and this is where the story begins.

Jason Prescott accidentally opens a card that was obviously not meant for him.  He is saddened by what he is reading as the person who wrote the letter is obviously mourning the loss of a relationship. 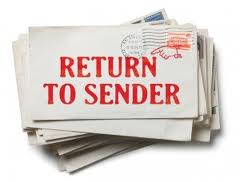 "It's been more than three months.  I know you asked me to give you some space, but I can't stand this silence between us any longer.  I keep asking myself what I did to drive you to the point that you felt you had to leave--whatever it was, I regret it more than I can say.  Please forgive me."

Jason immediately finds a card of his own and writes a nice note back to Ben along with sending the other back.

But eight years together.  Wow.  Jason had never been in love with anyone for longer than a week, but during those seven days his feelings had burned hot and high.  Once it was over, though, and after a week or two to recover, he'd be back in the saddle.

God, wouldn't it be wonderful to have someone miss me to that degree?  Jason thought.

This begins a correspondence between Jason and Ben that continues all the way to the end of the book, even long after they become a couple.

Jason's IQ is even higher than Rick's.  Only twenty-three, he has already gotten several master's degrees and is successful enough to already own a house of his own.  From the moment he accidentally reads Ben's letter to Rick, he feels sympathy for Ben, who he is convinced is an older man wishing for a woman to come back home to him. A couple of cards later Jason realizes how wrong he had been in his assumptions.  Ben is in fact a gay man only three years older than Jason himself.  As the two men continue to send cards back and forth in the mail, Ben slowly starts to get over Rick.  He and Jason have not yet spoken but it's obvious that the two are headed toward something and that something will no doubt be more than mere friendship.

It's when Ben and Jason speak for the first time that the book starting going downhill for me. The old fashioned, pen-pal-through-snail-mail-relationship was unique.  I enjoyed watching as they went back and forth getting to know each other.  I enjoyed watching Ben as he finally, finally starting moving away from the loser he had been with for eight years.  But when Ben and Jason finally meet, it is a nonevent.  Details are missing. Details that were critical to me, the reader. The correspondence with the greeting cards was cute as each one was silly and fun. But yet when they become a couple the cuteness and silliness of the cards is pretty much all there is as the guys jump from one thing to another and the couple aspect of the story is kind of put on the back burner.  So much detail in the cards and the writing inside each but yet very little when the two men meet face-to-face.  I wanted to continue seeing emotion.  I wanted to see details of how they got where they eventually got with their relationship. Instead, the book veered off course by bringing in other characters and other situations (all of which were important) and pushed Ben and Jason as a couple aside. 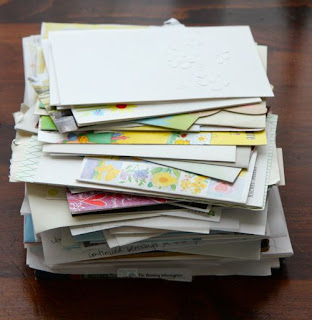 There are, however, a few things I did like about this story.  Everything as far as specific characters comes full circle.  People who know Ben also know Jason and Rick is somehow also included in part of that circle. Rick is the perfect bastard.  The author wrote him well.  He did a good job destroying not only Ben's self-esteem but other things (that I won't give away) too.  My problem there is that I don't feel that Rick was completely realized. He pops up a few times in the story after his initial disappearance.  He stays true to character by being a jerk but yet so much more could have been added to his story.

I liked Jason immediately.  I liked Ben as well though I found him to be a bit much when it came to his waiting around on Rick.  Also, while I get that the point of Ben was to show him as feeling as if he didn't measure up to those more intelligent than him, I felt that the author took his being treated as one who is less intelligent to being one who is less intelligent.  Rick had done a number on him so his believing it was understandable.  But did the author have to turn around and make Ben look as if he had the IQ of a fence post?

Also, something I noticed in the one and only other book of this author's I have read is the excessive use of exclamation points. They are prevalent in Greeting Cards as well.  I would be okay with a few scattered here and there but this story (as the one before it) has so many that it quickly got distracting.

I love the correspondence with the cards as my family is all about goofy cards. Each one is silly and is in honor of one those random holidays that somehow has made it to calendars all over the place, one being National Goof Off Day! (I love that one). Jason also has a tradition with his sister with the cards as well.

I enjoyed all of the secondary characters, even Rick, who the reader will love to hate.  I just can't force myself to get beyond Ben and his constant need to not only feel as if he is not as smart as other people and even beneath them, but to actually act as if he has no brains at all. I believe the author did a disservice to his character by having him come across as not being very bright. He has a nice career and makes a decent salary (college degree or no) so he obviously has the ability to learn new things so I don't get the point of having him come across as one who lacked any type of intelligence.

Overall, the story was okay.  As I said, it started off well and got me interested immediately. Had it kept moving in the direction in which it started, this would have easily been a five-star read for me (even with all the exclamation points). Unfortunately the story was more exciting to me when Ben and Jason didn't know each other than when they actually became a couple.