My blog partner, Cindi, will attest to the fact that I don't do romance. I generally run away from them screaming. I like my books more erotic. But this little novella got under my skin in a really nice way. I couldn't help but smile. Maybe it was the music references, maybe it was because it made mention of one of my favourite songs, The Pretender by the Foo Fighters, I don't know. All I know is it was pure romance fluff ....and I totally bought it. I just couldn't help but be engaged as I read. I knew what was coming but I didn't care one iota. I wanted this sugar fix.

Jacob is turning twenty three. He's an American who has come to London to further his education and has stayed.  He works at a gay pub, his friend Lucas works with him, and Ian, the owner, is a good man to work for. Jacob is still studying, he likes his job, and he loves listening to Indie Radio 113.9's Jukebox Hour hosted by Ethan Moore. He loves Ethan's voice -

....he had a voice made for radio. Well, for radio and purring sweet things into a lover's ear. He never, ever missed Ethan's show.

He had no idea what Ethan More looked like. He could be, like Jacob's sister had said once, as ugly as Quasimodo, but Jacob couldn't care less.

And Ethan's song choices just seem to speak to Jacob. When he's on his way to work he puts his ear buds in and listens to Ethan's dulcet tones and the music that backs it up.

With Jacob's birthday looming Lucas asks what Jacob would like as a present. What Jacob would like is to meet Ethan Moore. Not necessarily an easy order but hey presto! it comes together as the radio station is at the pub to celebrate an award. Lucas knew they were coming but didn't know  whether Ethan Moore would be there, so he hoped but said nothing. Turns out Ethan doesn't look at all like Quasimodo, he's attractive, no! and both men are attracted to one another, no! -

...Ethan Moore was more handsome than he ever imagined, he would have to call his sister to kindly inform her that Ethan Moore was not Quasimodo, thank you very much....

They end up on a date after Jacob finishes his shift and find that they have multiple things in common - music, movies, PlayStation and that Ethan is very easy to talk to. Ethan tells Jacob about his friends, his days at university, his one time crush on his straight friend, and fellow Indie Radio colleague, Tim. Jacob talks about his father's disappointment in him being gay, his goals. He makes Jacob feel comfortable and secure in his presence. They simply click -

And Jacob, who until that moment had loved Ethan's voice, fell in love completely with the man who spoke with such passion about music, about his work, his friends, and life in general. Jacob didn't want to let Ethan go.

So the reader gets to see a quick relationship bloom before you are into part two looking back at what developed. How they eventually move in together - after a year - and how it fell apart. An event occurred that caused Jacob to leave Ethan without any discussion. 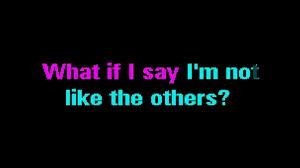 Now, two months after their separation, Jacob is miserable. Everyone around him notices. He misses Ethan. Can't understand why things happened that he perceived did, but he hasn't spoken to Ethan to see the why of it. From here it was about looking back  - at the time spent together, their growing love, the songs that meant something, that related back to a first kiss, love-making or declarations. The songs that were dedicated to Jacob on Ethan's show in a private manner only they would understand.

Then one night, when things get to be too much at work for Jacob, he is breaking glasses and just off- kilter, Ian tells Jacob to go home and have a break, Oh, and to 'listen to Ethan's show once more' to see if he can get some closure. What Jacob hears is an outpouring of Ethan's love and affection and how much Jacob means to him over the radio waves. I LOVED Ethan's verbal declarations of love on the radio. How he was leaving the station, it was his last night -

"I also have a dream for tonight. I dream that I go to him and explain it all. I confess to him that I thought I could keep both the radio and him, and that as I have to choose, then I prefer him...and I will tell him how much I still love him. In my dreams he believes me...."

Once Jacob knew, it was about his frantic attempts to get to the station before Ethan stops working, stops doing something he loves. He now believes that Ethan has loved him all along and wants to talk to him about what happened and why. This is where the book shone brightest. The music, the choice of songs by the author and the words of love. It was all lovey-dovey and sweet as pie but, by God, I wanted that romance. I was invested and along for the ride, and I soaked it all up.

There were things in here that would ordinarily annoy me - lack of communication about a primary problem that could easily have been sorted out, flashback moments, lapse in time, one sort-of sex scene at the end, some....flowery dialogue. But it didn't seem to bother me, not at all. I really, really liked and enjoyed the heck out of Indie Radio 113.9. The ebook did wrap up a bit too quickly for me but it isn't a long ebook so I dealt with that.

I could even have forgone any sex here (GASP!! slaps self) because the story, the characters, the songs, the words, all of it made the book good on its own without the tacked-on sex. I went full-mushy-slushy reading this book. It was truly romantic and, simply put, sweet and nice. If you just want to escape into a book for a few hours and have some sweet, sweet romance thrown at you, then grab a copy of Indie Radio 113.9.


4 Frequency Modulation Stars
This book was supplied to me by the publisher, Dreamspinner Press, in return for an honest review.﻿
Posted by kazzak at 05:22