Witty, offbeat, charming and sexy. I can totally relate.

-Review by Kazza K
Liam O'Connell is taking his twins, Mark and Johnny Delaney home to meet the parents. Knowing the dynamic it's the Delaneys insisting on meeting Liam's parents. Sounds pretty official - meeting the folks﻿. Being the art appreciators that they are, the Delaneys like the sound of Liam painting again. Liam's dad is an artist, there could be some inspiration springing forth for their boy, Liam, from his dad.

I must say that eating lamb casserole became a, er, hard task for Liam, but Mark took it in hand. Johnny did his usual -pointing out they were at Liam's parents place so no brutality should occur -

"Don't forget," Johnny murmured in his brother's ear, "this is a social call, not a business meeting. No need for any confrontation. Not with Liam's family."
Mark sighed. "Yes, I know. I was only going to talk. I'm not armed, you know. Not tonight."

"We've heard so much about you, but none of it from Liam."
Mark snorted. "We don't allow him a lot of time for talking."

"Sit down," Mark said, the shadow of a snarl in his voice. "I was talking with your mother." I sat, clutching the wine bottle like a comfort blanket. Both parents stared at me, but, as per usual, it was my mother who recovered first. "Goodness me," she said. "I think it must be the first time my son has obeyed a command since he was five years old and even then I'm sure it was a mistake. I  must say, Mark, I'm impressed."

So, Liam was...inspired...to, um, paint - I shall never look at blue, red and green art in the same way again. Liam's mother was an absolute hoot and his dad was often in 'full creativity mode.'

There were declarations of affection from Mark, big step -

Mark snorted and shifted so he was gazing straight at me again. "Liam teases me just by being who he is," he said. "Always and in every way." His tone was deadly serious , and I couldn't look away.

And encouragement from Johnny -

"It's all right," Johnny whispered, so close his breath drifted over my forehead and somehow cleared my thoughts. "Mark will take you places, Liam, but I won't let you fall." 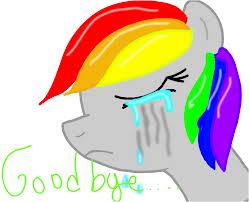 This is the last in the six book series/serial of The Delaneys and I'm so very sad to see my lads leave me. Every ebook was a joy to read. Never long but each one was beautifully written, perfectly edited, and used the English language the way it was meant to be used.  Never once did they fail to make me laugh out loud, and there were some incredibly erotic times - I'll will never see promos for, or watch, the movie Four Weddings and a Funeral again without thinking of Liam's adventure in the movie theatre with his deliciously creative twins. It was this series that introduced me to Anne Brooke and it is with great sadness that I say farewell to Liam, Mark and Johnny.
Posted by kazzak at 04:50