A few short weeks ago, I read a book by a relatively unknown author, Garnetville,  by E.M. Espiel.  I loved the book so I did what I always do... I reviewed it on Goodreads.  At that time my review was the only one on the site.  Not long after I was requested as a Goodreads friend by Anne Brooke, an author, who read and loved the book as well.  As a result of of Anne's request, I was requested by someone else, Kazza K, who shared Anne's and my love for this book.

Within a week Kazza K and I were typing private messages back and forth almost faster than we could keep up with each other (something we continue to do even now).  We share the love of books and the love of a specific genre.  Kazza K and I became fast friends... close friends.  I have grown to love her dearly as a friend and I have fallen head over heels with her family as well.  It was not long after our first 'meeting' that Kazza K asked me to collaborate with her on her (already established) blog.  Out of millions of people on Goodreads she asked me.  To say I was surprised... and flattered... would be a major understatement.  From my very first review posted on here I have felt that it was right.  Kazza trusts me completely and has given me complete control over what I post on here.  I'm not asked to word things differently or to change my reviewing process in any way.  I am not asked to read or review specific books nor am I asked not to.

So why I am going into all of this when people meet and become friends every day?  Because Kazza K is in Australia and I am in Southeast Alabama in the United States.  We are literally over 9,000 miles away from each other.  We have never met face-to-face nor have we even spoken on the phone.  But yet Kazza is one of my dearest friends.   She and I both live in places where we have the right and freedom to communicate via the internet, the phone or however we choose to.

On Tuesday, November 6th, Americans will go to the polls and elect a new President.  I, along with perhaps all other Americans, will be thankful when it is over regardless of the outcome.  I am not an outspoken political person and I can assure you that my own personal views on each candidate and their views and beliefs will never be shared on this blog or on any public forum.... even if I am asked.  My beliefs are mine alone and I will share them only when I mark the little box on the voting form Tuesday morning.  Those who know me personally know my political affiliations and my beliefs in regards to them.  It is not my desire to broadcast this to other people or to get into any type of political debate... with anyone.  In fact, I refuse to do so. 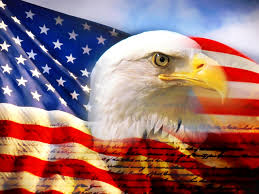 In a few weeks, and I say a few weeks because it will take that long for it all to die down in the media, I will be able to once again participate in discussions on Facebook.  I will be able to go to bed at night without being awakened by recorded messages on my phone telling me who to vote for and why I should not vote for the other person.  I will be allowed to turn on my television without seeing political ads where one candidate is blasting the other one and I will be able to watch the news without having the networks beliefs shoved in my face, though they are supposed to be impartial publicly.  I will be able to have conversations with close friends that do not turn into heated discussions because they know that I do not share their political views.

I am a very proud, patriotic American.  I cry every single time I see a soldier reunited with his or her family after fighting for our freedom in a country that has none.  I say the Pledge of Allegiance with pride with my hand over my heart as all Americans are taught to do in early childhood.  I get teary-eyed every time I hear someone singing or playing our National Anthem.  I proudly fly the American flag.  I am proud to be an American and I could not imagine living anywhere other than the United States of America.  This will not, nor will it ever, change regardless of who is elected as the President of the United States.

I, like most Americans, will stay up entirely too late on Tuesday evening to see the election results.  If my candidate doesn't win, guess what?  The world will continue to turn.  Folks will wake up on Wednesday morning still having to go to work or to school.  They will still be able to get online and rant and rave about the results or to praise the one elected.  In other words, life will go on.  And we will go to bed that night knowing that in four years we will have the right to place another vote and to go through that process again.  If your candidate doesn't win?  Here's a thought... support the one who does anyway.  You don't have to agree with him.  Hell, you don't even have to like him.  But he will be our leader for the next four years whether we like it or not.

So on Tuesday, November 6, 2012, exercise your right to vote.  Instead of being angry over who wins or who doesn't, be thankful for having the right to place that vote and remember those who lost their lives in order to give you that right.